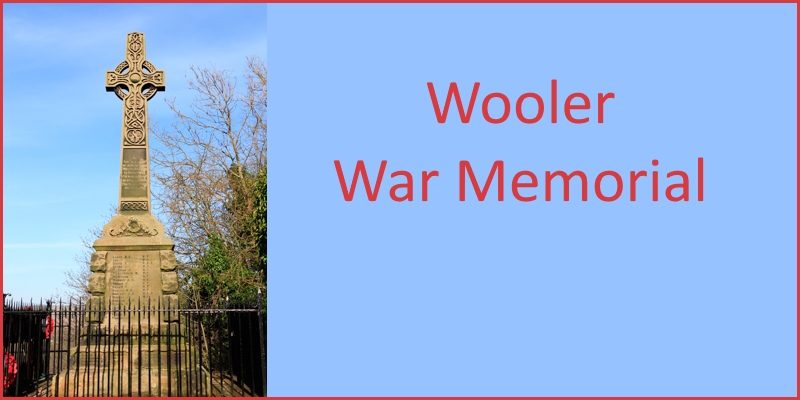 The Wooler War Memorial sits at the top of Tower Hill (where Wooler’s original 12th Century castle is thought to have been situated). It has a wheel-head cross of Celtic design atop a large stone plinth. The structure is surrounded by wrought iron railings. 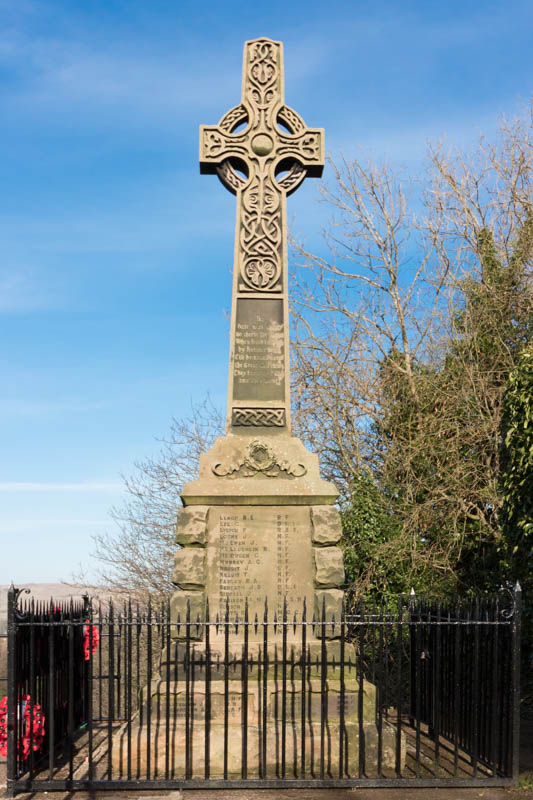 Unveiled on 17 April 1921, the memorial commemorates both WWI and WWII service personnel. The WWI names are listed on all four sides of the plinth with WWII names beneath. It was restored in 2001. 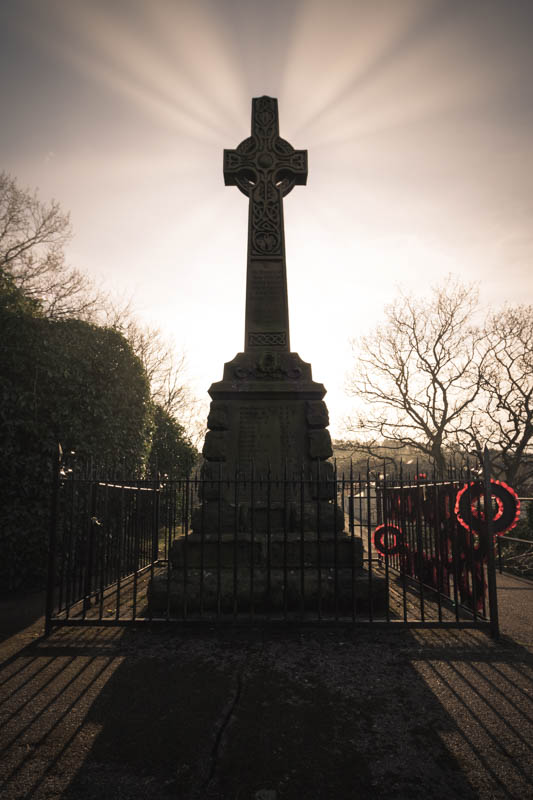 On the North-East facing upright of the cross:

On the South-West facing upright of the cross:

/No/ hate was theirs/ no thirst for fame/ When forth to Death/ by honour sent./ Life beckoned sweet/ the Great Call came/ They knew their duty/ and they went./

There are 76 service personnel listed as having fallen in WWI. Of these, six now appear on the Breamish Valley War Memorial, Powburn, Northumberland UK: 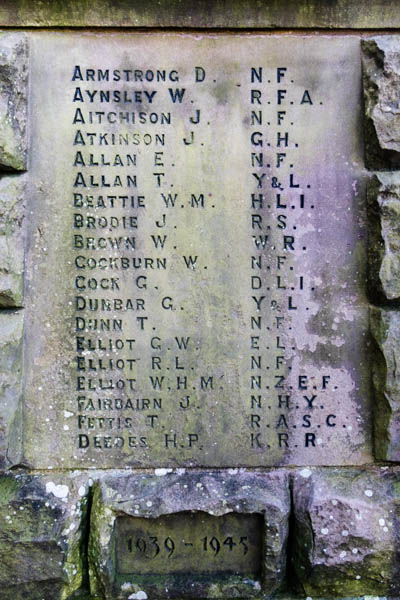 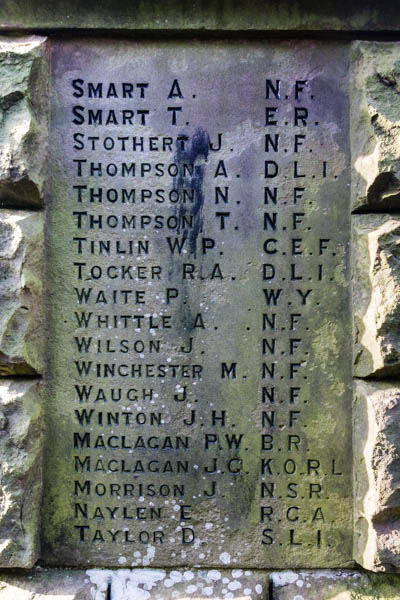 There are 28 service personnel listed as having fallen in WWII: none of whom are listed on the Breamish Valley War Memorial, Powburn, Northumberland UK. 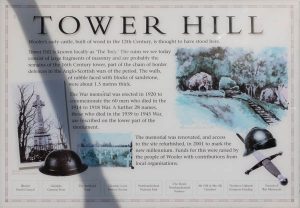