The Rain Came Down 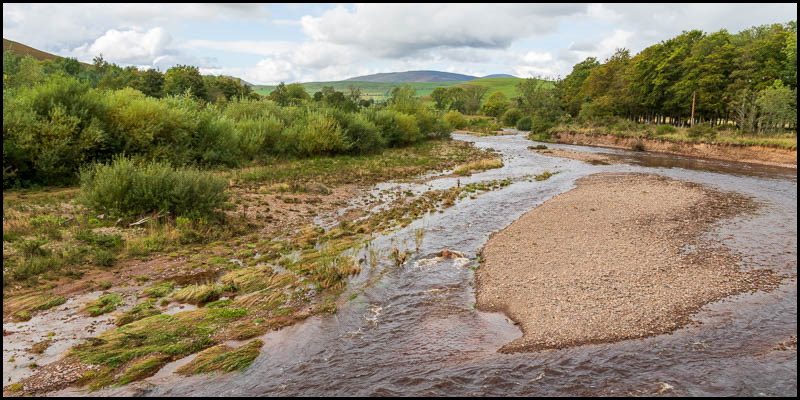 Rain came down – and the river went up!

When I first came to live in the Breamish Valley about nine years ago, someone said to me that it took nine hours for the rain to run off the Cheviot Hills from the source of the River Breamish down to the footbridge at Branton. Is that true? I’ve no way of knowing. However, following any heavy rain, the effects downstream are indeed plain to see just a few hours afterwards.

The following is an image of the riverbed taken from the Branton footbridge on Friday 2 October.

And the following is the same scene just over 24 hours later, following some heavy overnight rain.

So, that’s quite a difference, isn’t it? Mind you, it’s not the ‘wettest’ that I’ve seen the riverbed at this point. I’ve seen, perhaps like many of you, the whole riverbed flooded from one side to the other.

Of course, even further downstream this is potentially good news for the salmon and trout that will be soon making their way up the river to spawn.

I took a look at the fish ladder at Powburn on Sunday 4 October but couldn’t see any fish jumping at that time – despite the conditions appearing to be just right for a run.

Anyway, it’ll be worth keeping an eye out over the next few weeks to see if you can catch a glimpse of the fish jumping along the River Breamish.