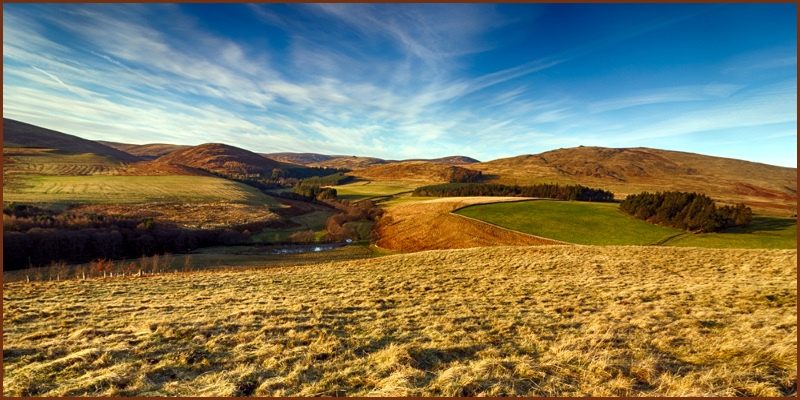 Looking north over the Cheviots

First…HAPPY NEW YEAR! I hope you and yours had an enjoyable time over the recent holiday season.

I spent a lot of time in Durham with my family and just returned to Powburn and the beautiful Breamish Valley a couple of days ago. So, at the first opportunity, I was out on my bike yesterday and cycling along the valley. What a glorious day it was: cold and crisp but with an enduring sun that cast long shadows throughout the day. 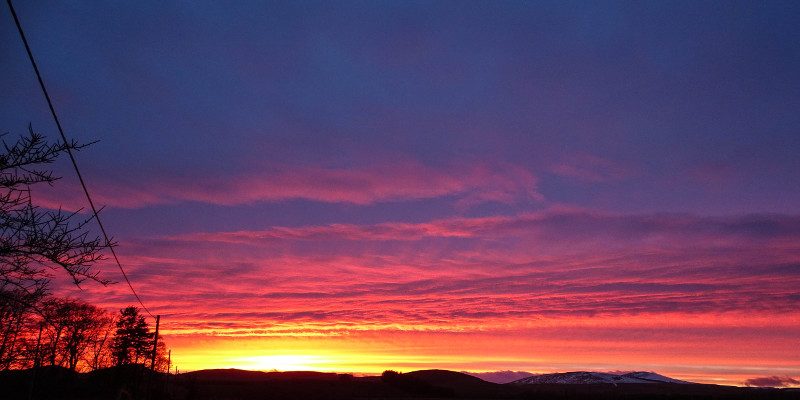 The colours of sunset at Powburn

Back in mid-August 2015, I posted some photos of stunning Powburn sunsets.

Well, I’m not sure if you saw the amazing skies around Powburn, looking towards the Cheviots, last night? Margaret noticed them first at around 6.15pm and called me to comae and take a look. They sky was ablaze with ochres, reds, crimsons and deep blues. I took a few shots from my garden and then jumped into my car to rush around to the lane that runs from the A697 just near the Manse towards The Branton Lakes. I had to work quickly, as the light was changing moment by moment. By the time I’d snapped my last photo, at around 6.30pm, it was all over. The sun had dropped behind the hills, leaving the Cheviots illuminated by a grainy, yellow-grey late twilight. 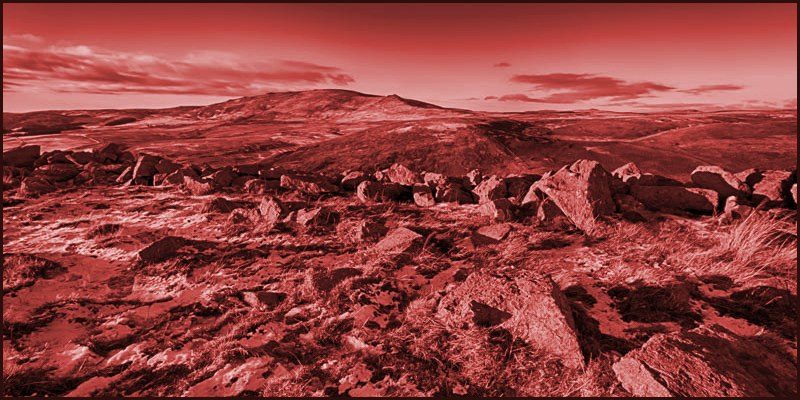 Many of you will know local Northumbrian, Ian Glendinning from his astronomy and photography hobbies. Relatively recently, he wrote an article for our Cheviot Views newsletter (Issue 18, June 2014, pp.10-12) about stargazing that included some of his stunning photographs of the night sky.

Well, Ian has recently bought himself a camera drone and he’s been flying it up and down the Breamish Valley and the Coquet Valley: and getting some stunning images!

One of my favourite places to ‘get away from it all’ is Linhope Estate, at the start of the Breamish Valley.

Its mix of heather moorland, native woodland and upland heath (that is managed for conservation purposes) is a real pleasure to see. 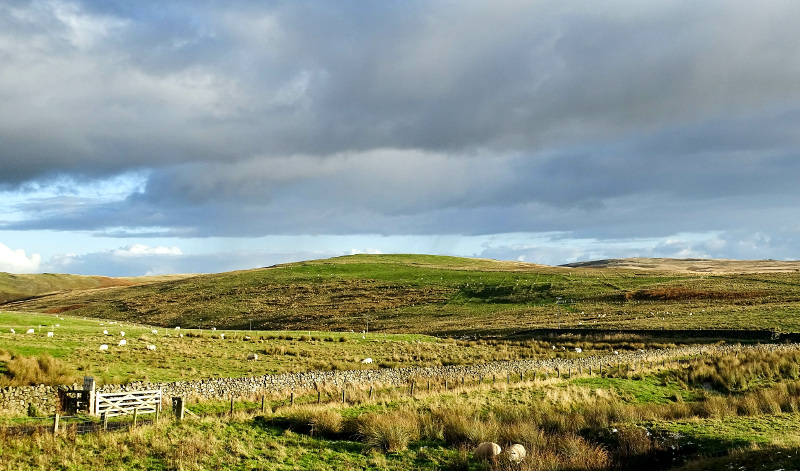 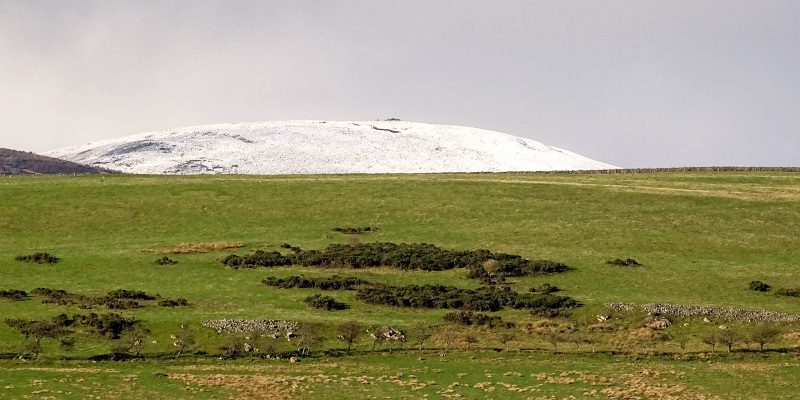 The first fall of snow on the Cheviots this Autumn happened today (well, overnight really) in the wake of Storm Abigail sweeping across UK. The storm brought gale-force winds and heavy rains that tested the erosion control measures on the River Breamish: also for the first time, as they were constructed just in September of this year. And, of course, we had some snow lying at about 400m and above. 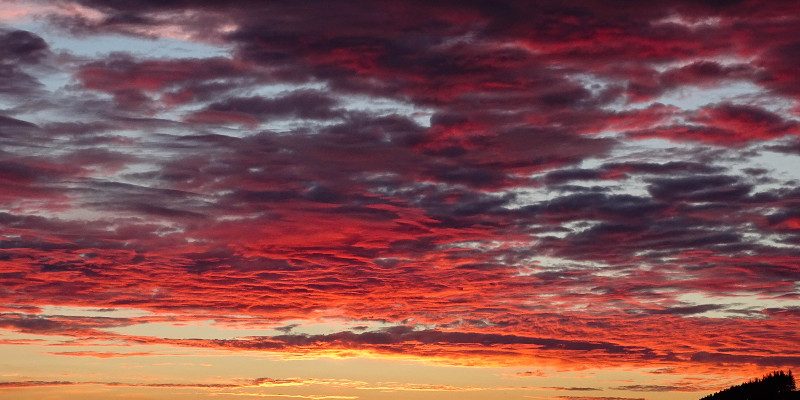 Did you see the sunset tonight?

It was spectacular: bright reds, oranges, yellows, magentas and blues. I managed to get some photos before it disappeared forever. You can see how rich the colours were. None of the photos on this page are enhanced and I didn’t use any filters. They are exactly as they came out of the camera. 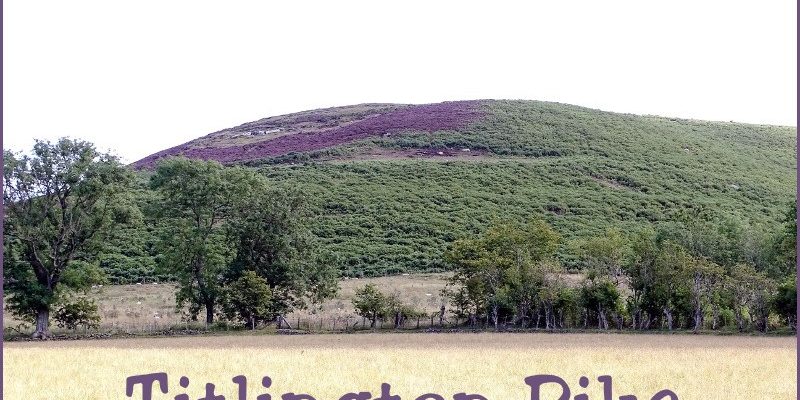 What a wonderfully sunny day it was today! Perhaps a little too warm for our planned walk from Powburn to Titlington Pike. Nevertheless, off we set along Crawley Dene heading South.

Snow in the Breamish Valley 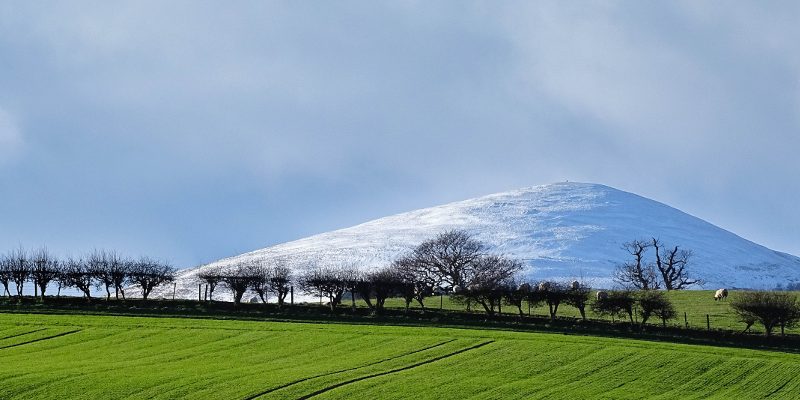 The overnight cold snap brought a thin covering of snow to the Cheviot Hills last night. It could be seen in the distance from Powburn Village: 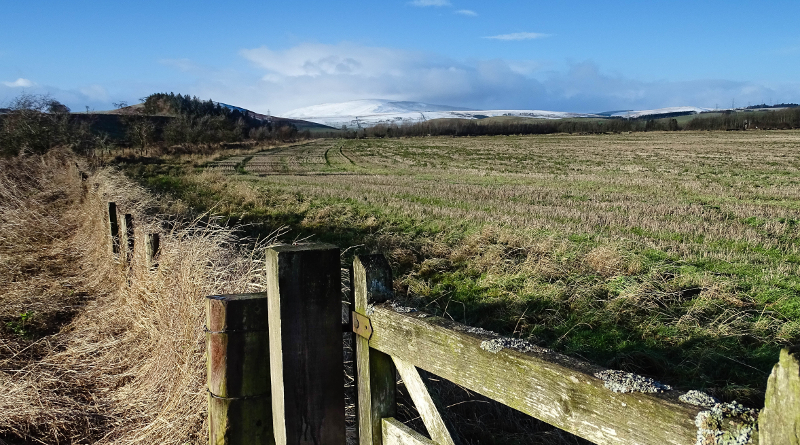 Snow on the distant Cheviots, looking from one of Dodds’ farm fields