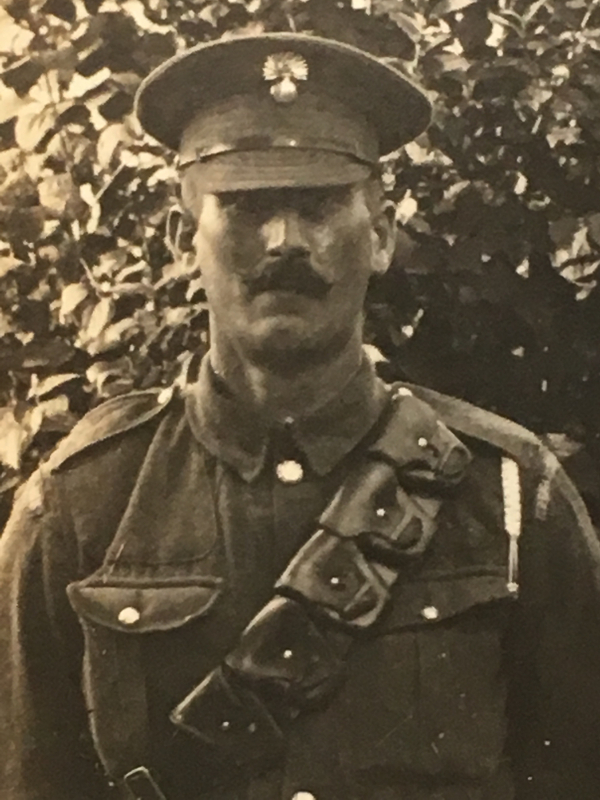 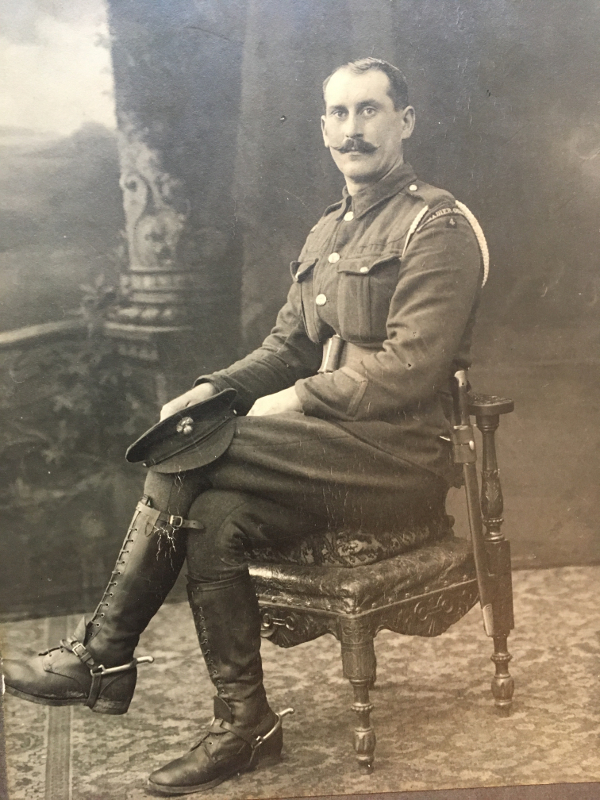 The above photo was taken in Cologne, Germany, most likely about 1919 when the British occupied the Rhineland. William’s shoulder flashes show 4th Battalion, Grenadier Guards and a Lance Corporal rank. His boots have spurs, as he worked with horses. (Peter Sisterson, 2017) 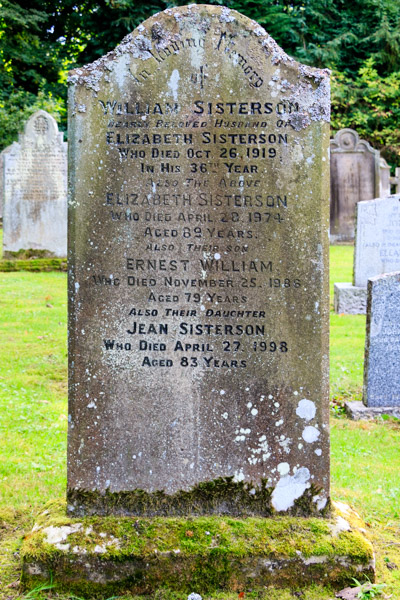 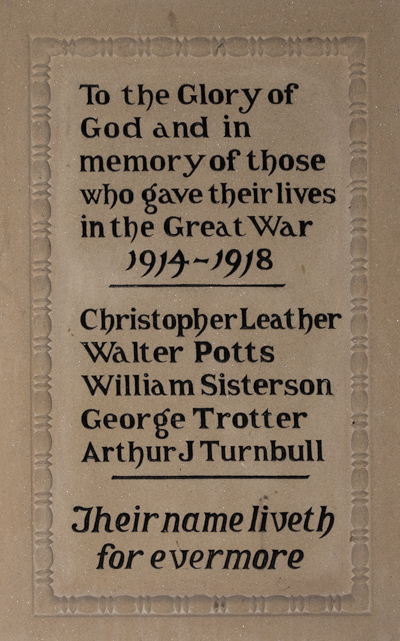