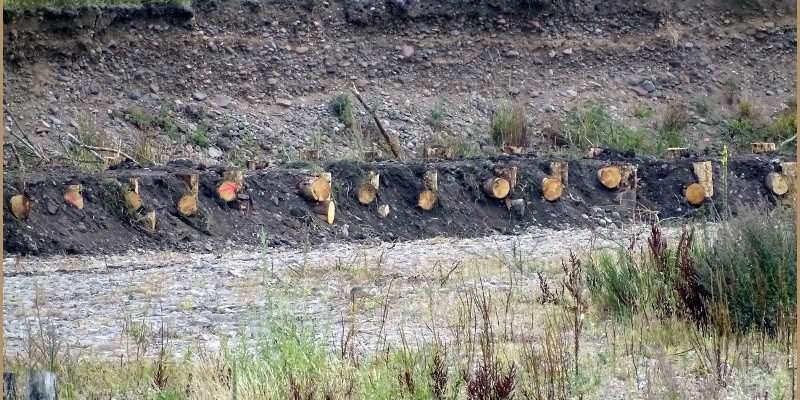 Back in late 2012 the Breamish Valley saw heavy flooding. So heavy that parts of the bank of the River Breamish suffered mass failure. This was particularly evident at Brandon, just on the bend of the river opposite Brandon Farm.

This photo, taken on 29 June 2012, shows a relatively gently bend in the river to the right at Brandon Farm, as viewed from the Branton footbridge. 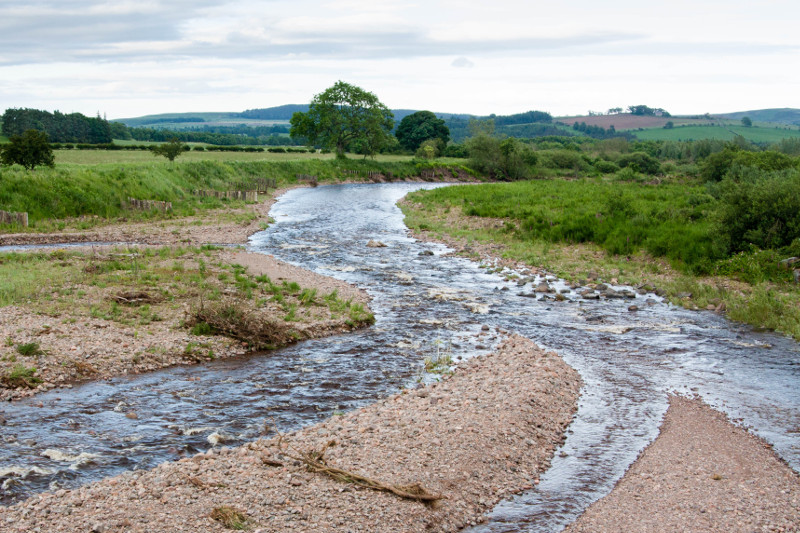 An old oak tree can be seen dead centre in the photo, just at the point where the river bends. It’s on the north (left) bank and used to house an owl box: 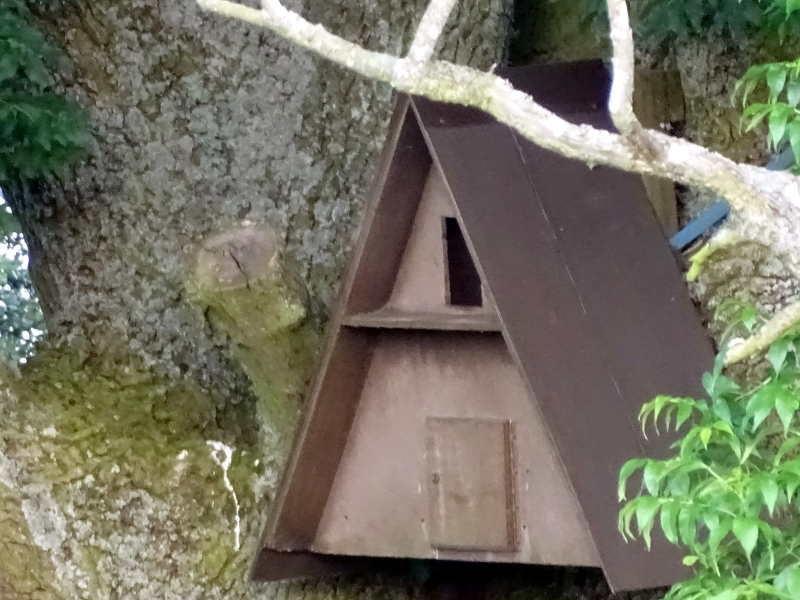 Then, the floods came and, despite the erosion defences that can be seen in the photo (‘fences’ of heavy logs driven vertically into the river bed just before the bend) the left bank gave way and toppled into the river. And with it, down the now near-vertical bank, went the old oak tree, the owl box and some fencing. 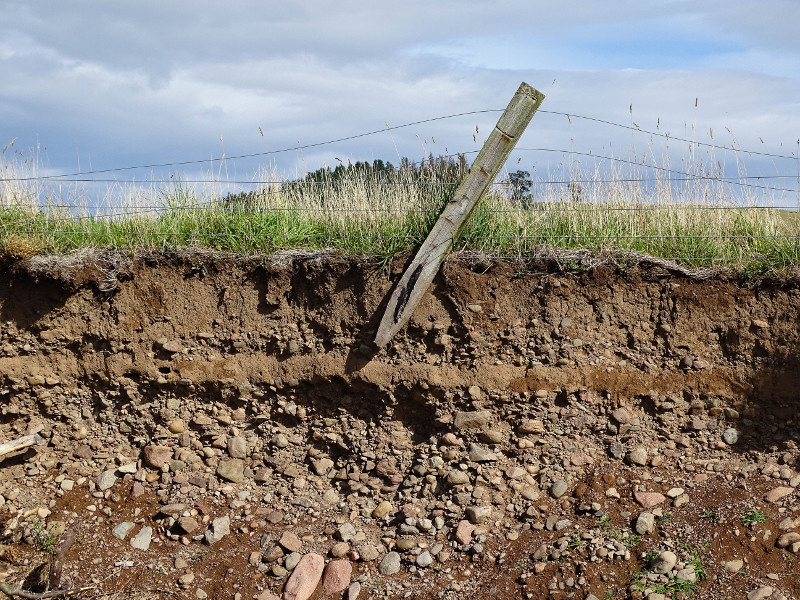 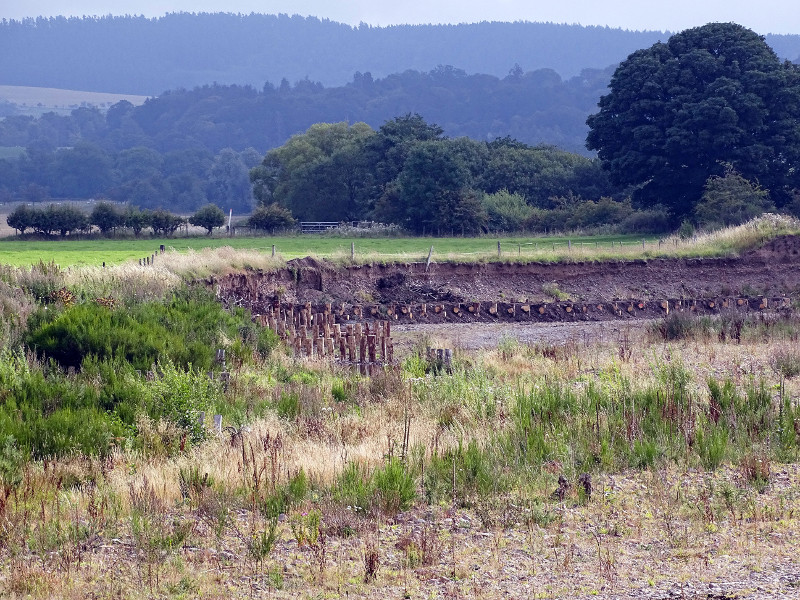 It’s obvious (in comparison to photo 1 above) that the old oak tree is missing from this photo. In addition, the bend in the river is now a much sharper L-shape.

To combat further mass failures in the event of any further flooding, riverbank erosion control measures are being put in place. These can be seen in the photo above and a little more clearly in the following photos. The placing of vertical log ‘fences’ seeks to prevent so-called bank scour, in which bank material is removed by flowing water and carried away as sediment. 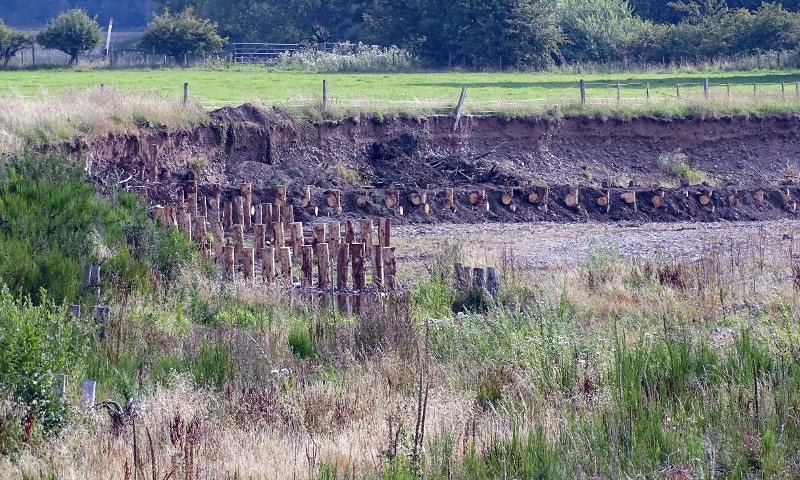 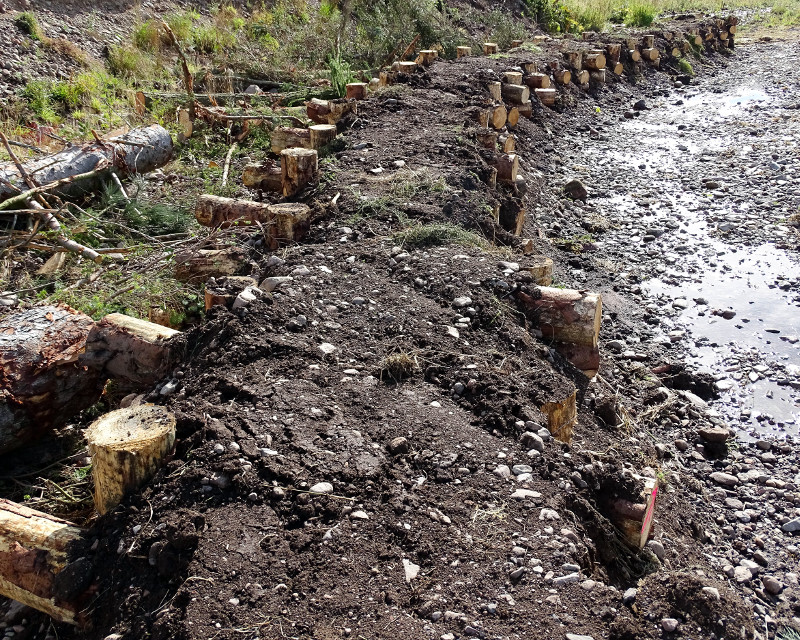 It will be interesting to see how this work progresses and, of course, if it works and prevents further collapse.