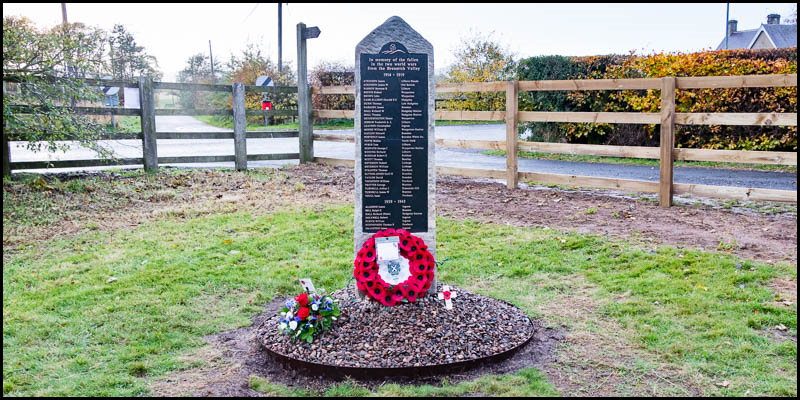 You are cordially invited to gather at the Breamish Valley War Memorial in the Powburn Community Garden at 10:50am in preparation for a brief wreath-laying at the foot of the memorial.

There will be no formal service but we will participate in the national two minutes silence, starting at 11am.

Immediately afterwards, a wreath provided by Hedgeley Parish Council will be laid in honour of the service and sacrifice of the members of our Armed Forces, British and Commonwealth veterans, our Allies who fought alongside us, and the civilian service personnel involved in the two World Wars and subsequent conflicts.

In particular, we will honour the memory of those from the Breamish Valley who gave their lives in the two world wars.