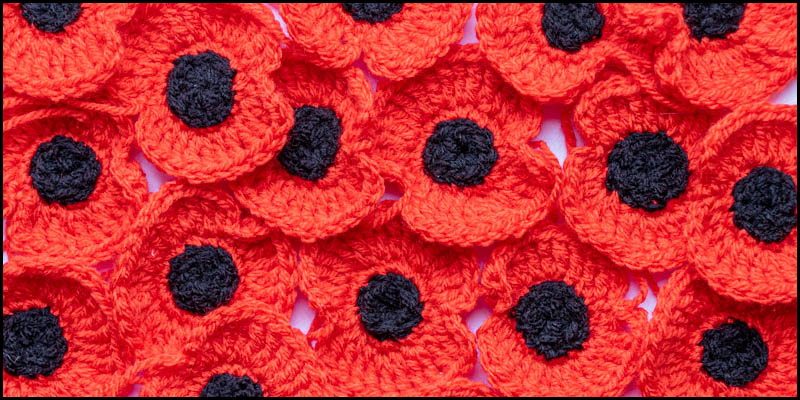 Have you joined in with the knit/crochet a poppy for Remembrance Day 2021?

The project – instigated by Hedgeley Women’s Institute – has already inspired several people to have a go at knitting or crocheting woollen poppies to be displayed in the Powburn Community Garden, near the Breamish Valley War Memorial, for the Remembrance Day 2021.

The project has captured the imagination of people as far away as Howick and Teesside, who are currently knitting and/or crocheting either just one or two poppies or, in some cases, more than a dozen.

It would be super if anyone who can knit or crochet would like to lend a hand. The aim is to have a batch of poppies ready for September 2021, so that they can be fixed to a netting that will be used to display them in November.

Instructions on how to make a knitted or crocheted poppy can be viewed/downloaded using the following links.

But we’re also happy for you to use one of your own favoured patterns. Or we can let you have a printed (A4) pattern to work from.