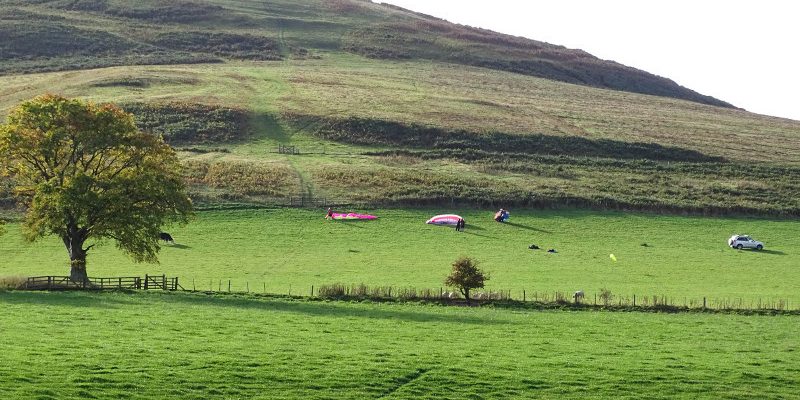 Cycling along the lane from Branton behind the Branton Nature Conservation Area towards the Branton-Brandon footbridge a couple of days ago, I noticed what at first sight seemed to be large pink, yellow and purple flags. I stopped and looked towards East Hill [featured on this site in July as an area undertaking a Grass harvest]. Now, taking a closer look, I could see that these flags had people attached to them – they were paragliders.

Three people appeared to be undergoing training from one instructor: repeatedly going to the top of one of the lower fields and then gliding down for about 100m or so.

Mmm…not for me, I’m afraid. Yes, really…I’d be afraid. Perhaps when I was much younger and didn’t think anything bad could happen in the universe but not nowadays. Cycling does it for me and that’s about as risky as I get.

Anyway, it was a colourful sight.

Would you try paragliding practice? 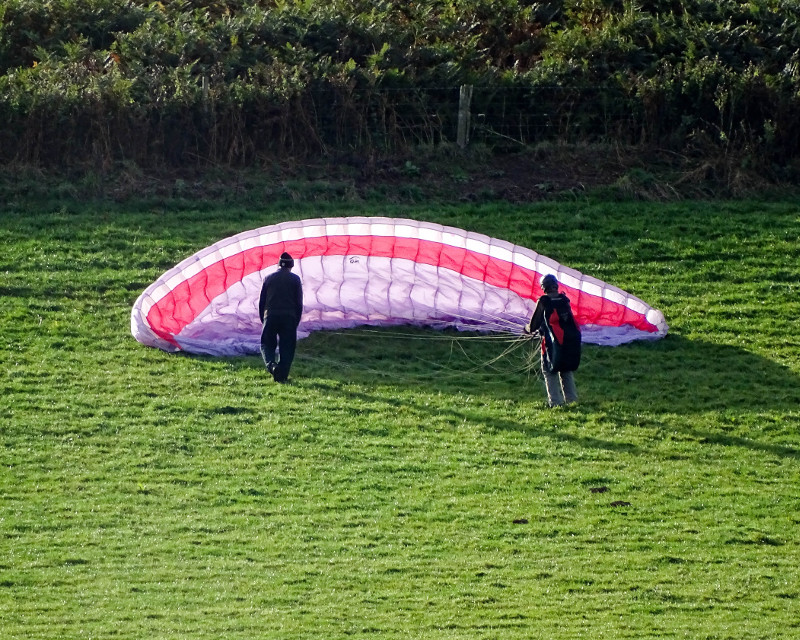 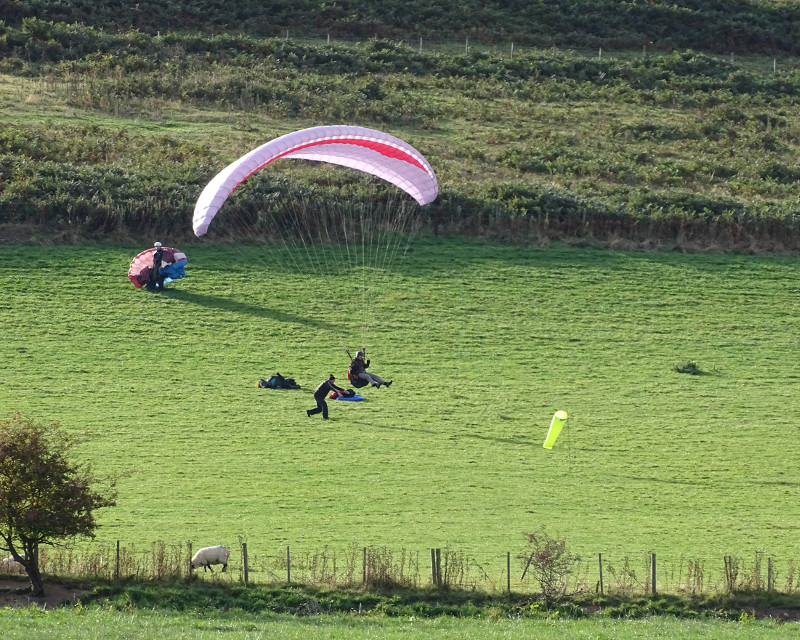 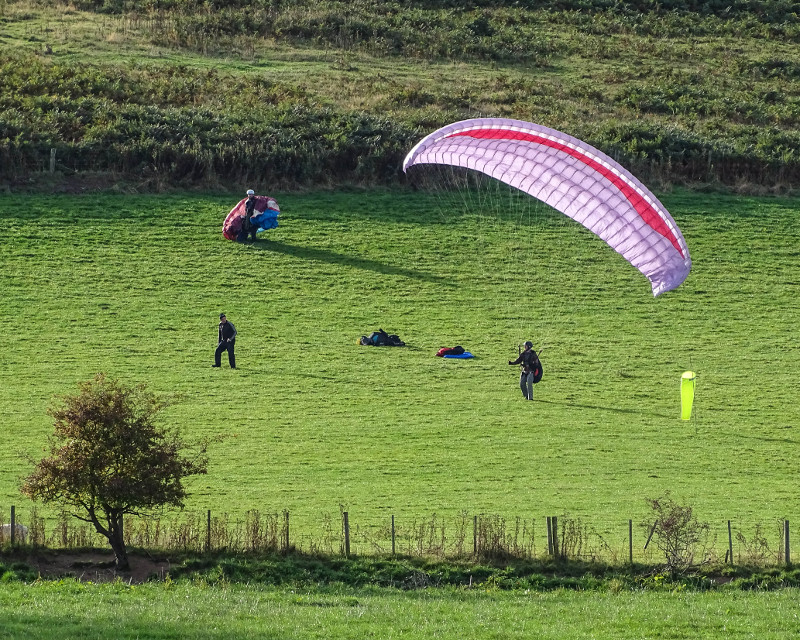 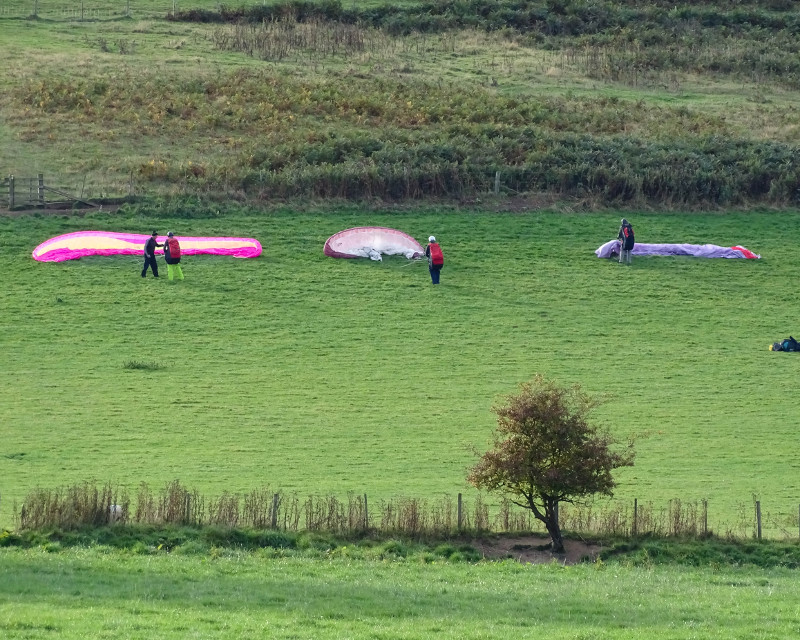 Then back to the top…and try again… 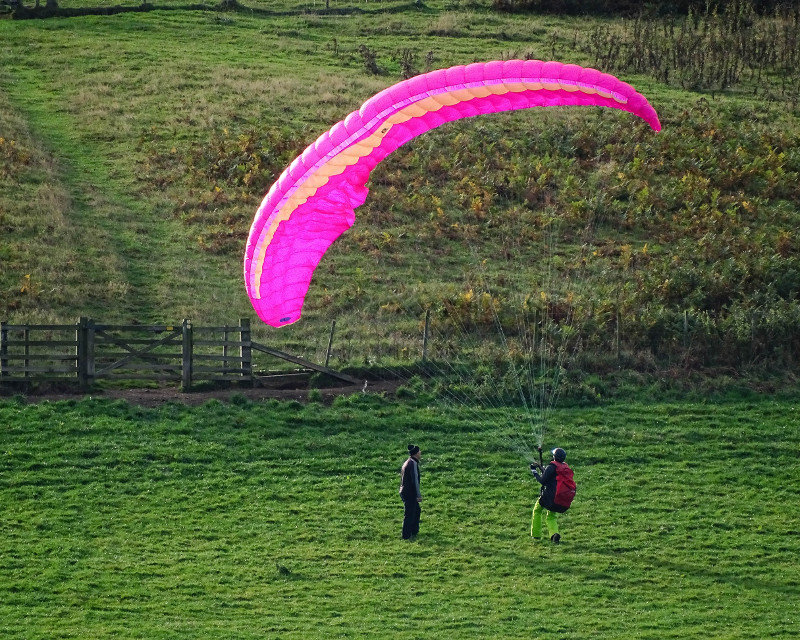 The wind’s caught this one! 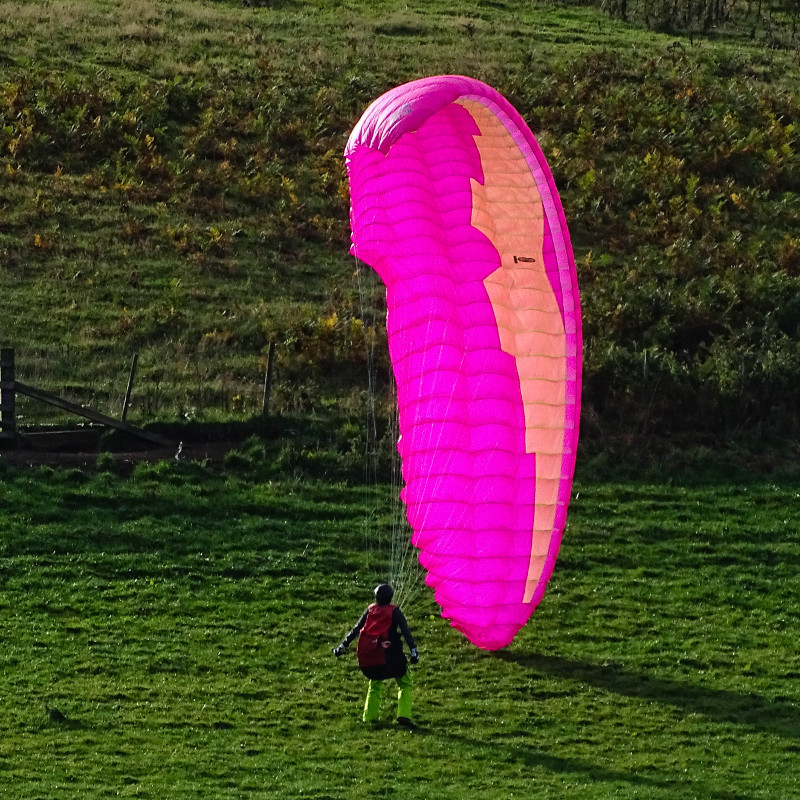 This paragliding practice does look good fun, though!