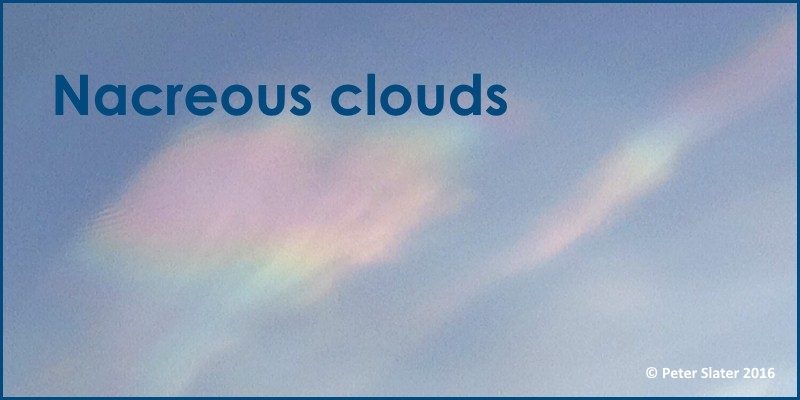 I’d been reading the article Respite from the Storms and it reminded me of the walk I had a couple of days ago (Wed 3 Feb 2016) at Embleton. There wasn’t a cloud to be seen. I can’t remember the last time that happened. Interestingly, there have been lots of sightings from around the UK of rare nacreous clouds and we had them here too.

Sometimes known as mother of pearl clouds for their distinct appearance, nacreous clouds are laced with vivid iridescent light from below the horizon. (Met Office, UK)

“Nacreous clouds form in the lower stratosphere over polar regions when the sun is just below the horizon. The clouds are illuminated from below and often glow in vivid colours and will often remain visible for a couple of hours after sunset and through the night as they are lit by moonlight.

Nacreous clouds form below -78 °C temperatures and so are most likely to occur during the polar winter.

The water droplets which form nacreous clouds are much smaller than those forming more common clouds. The smaller droplets scatter light in a different way which is what creates the distinctive luminescent appearance.

They are usually only visible from the UK when the cold air which circulates around polar regions in the stratosphere (known as the stratospheric polar vortex) is displaced and hovers temporarily over the UK which creates the very cold conditions required.

They are most likely to be viewed during civil twilight.”

Storm Henry and its predecessor Storm Gertrude had the effect of destabilising the stratospheric polar vortex sufficiently for it to be above us in the UK. Most clouds that we see in the sky form in what is called the troposphere (the layer of the earth’s atmosphere where most of the weather that we experience occurs), but nacreous clouds form much higher up in the stratosphere (at around 20 km). They are so high that, if you were in a plane at normal cruising height, you would have to look UP to see them!

Another rare type of cloud called noctilucent clouds (meaning night-shining) form even higher up in the mesosphere and can occasionally be seen from here around mid-summer. I’ll be mentioning those in a Night Sky article in a future edition of Cheviot Views newsletter.

If anyone missed seeing the nacreous clouds from Powburn, here are some of the photos I took on 2 Feb 2016. 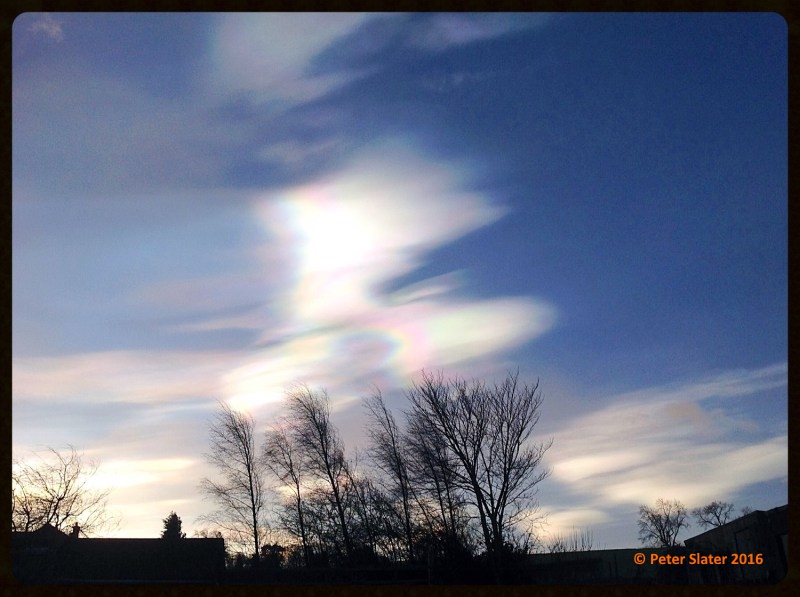 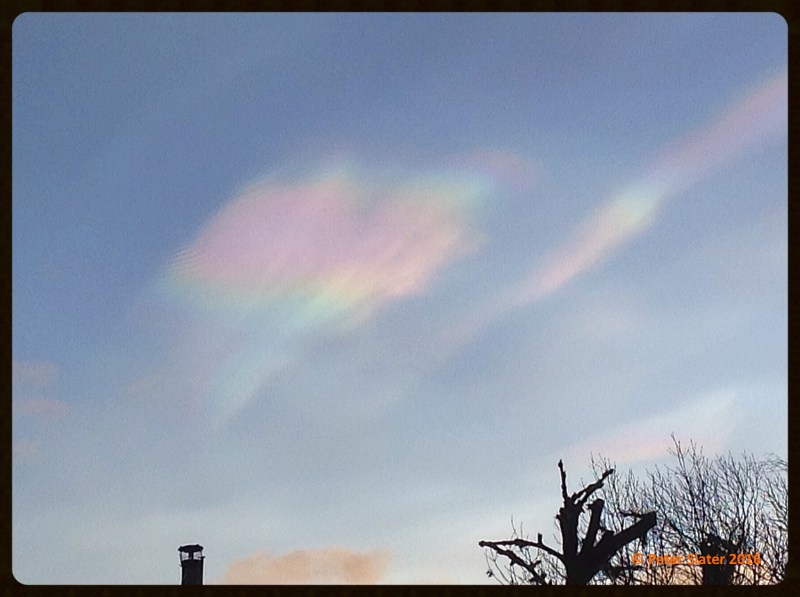 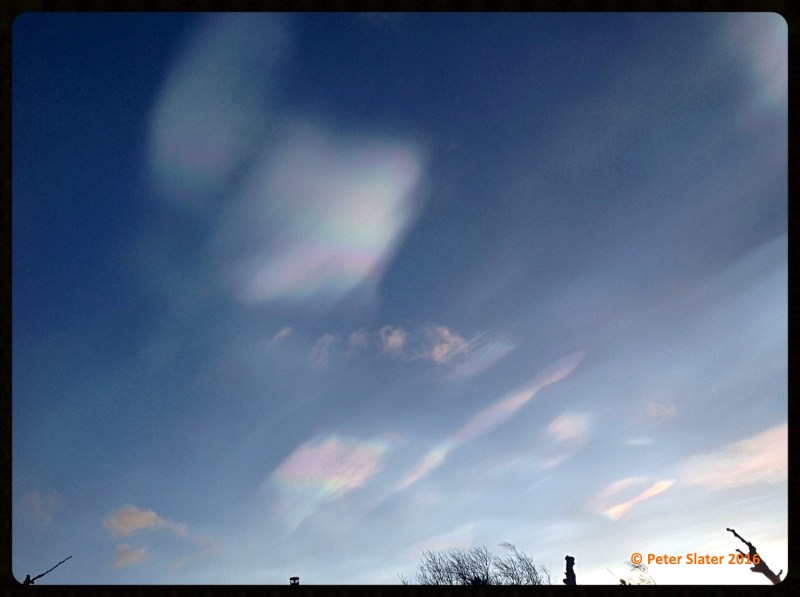