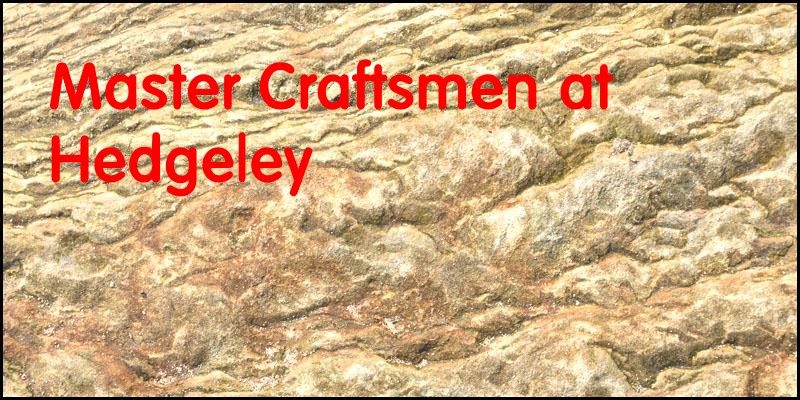 My grandfather, Robert Hall was born at Brandon White House in 1813. In 1825 he was apprenticed to James Stewart (for six years) who was a shoemaker in Powburn. His indenture, which we still have in the family, is interesting in that it lays down rules for both Master and Apprentice:

“The Master shall teach the Apprentice all he knows of the art and business of shoe-making, and also shall find and supply sufficient meat, drink, washing, lodging and all other necessities during his apprenticeship. The Apprentice shall undertake to faithfully serve, his secrets keep, do his lawful demands gladly, shall not waste or lend his Master’s goods to anyone, shall not buy or sell without his Master’s leave and shall not enter Taverns, Inns or Ale Houses, and shall not play Cards, Dice or any other unlawful game…”

Robert Hall later set up his own business in Powburn and then moved to Hedgeley Cottages [we presume West Hedgeley Cottages – Ed] where, as his family grew up, some of his twelve sons entered the shoe-making business with him: Thomas, the eldest (and eventually his own son also called Thomas), Christopher and my father, James, the youngest of the family.

Thomas got married and went to live at New Moor House Inn as landlord where he also carried on a shoe-making business. Christopher married a teacher from Ingram School. They moved to Leith and set up in business. They had three children and he sent one of his sons back to Hedgeley to learn the trade with his grandfather and Uncle James. After the Boer War, Christopher took his family out to Canada where he set up shop in Lethbridge, Alberta.

The shoemaking business was carried on in what is now the front room of the cottage  in which my wife and I live. In those days, there were only two rooms in the cottages, separated by Box Beds and a wood tee-fall at the back which acted as a sort of scullery. Eventually a workshop was built a few yards away from the cottage. This is now let as a dwelling. The cottages were also enlarged and modernised with bay windows, an extra room and a kitchen. James, my father, carried out the business until he retired in the 1930s when the business was closed down.

In those early days, itinerant cobblers and tailors used to travel the country looking for work and, if there was any available at Hedgeley, they were employed for a short time. They fed with the family and slept above the workshop.

(see more images of Powburn in days gone by)

Shoes made to measure

The price of shoes then was very small but they got a bit dearer in the 1900s. I recall that a pair of lady’s hand-made willow-calf shoes were about £2 3s 0d. Boots cost slightly more. It all depended on the style and quality of the leather used for the uppers. The boots and shoes were made on wooden lasts of which there were rows and rows hanging on the walls. The lasts were made in different standard sizes and were made up with pieces of leather to shape them up to the feet for which the shoes were intended. This ensured a perfect fit. There is a lady living in this area who is still wearing a pair of shoes made by my father.

He also made boots and shoes for people in South Africa, Australia, New Zealand, Canada and the USA and sent them out to them. During the First World War, he made boots for some of the Officers in the Canadian Forestry Camp who were stationed near Whittingham. I remember an officer bringing one of his drivers over to have a pair of boots made. The driver had a club foot and he was very pleased when my father said he could fit him up.

Another family who lived at Hedgeley Cottages were the Shorts who were tailors. George started the business, and his sons, William John and Robert eventually worked with him. Robert later set up on his own account next door, and there were two signs up, next door to each other – one read ‘George Short, Merchant Tailor’ and the other was ‘Robert Short, Merchant Tailor’: both in opposition to each other. After some years, Robert moved his business to Powburn. He had a sone George and a daughter who both worked with him.

The father having died, William John carried on the Hedgeley business with his son, William until about 1914, when the job closed down. The younger William eventually became foreman on the Hedgeley Estate. Mrs William John Short was a grand old lady as I remember her, helping the people around her in numerous ways. In particular, she was never found wanting in times of illness and she acted as midwife at nearly all the births at the Cottages. ‘Old Belle’, as she was affectionately know, was called in to give advice and help before the doctor arrived and sometimes it was not necessary to send for the doctor because she coped magnificently. Mr W J Short employed a journeyman tailor, Mr Robert Jobson, who lived at South Hedgeley.

My father, together with Robert Short and a few others, used to go to Longframlington with their ponies and carts for coal. It was usually on a Saturday, leaving the cottages at 3:00am and the job took all day. They also led coals from the Tarry Pit by Eglingham.

Some of the people who lived at Hedgeley Cottages in the early 1900s were Mr W Lyall (foreman on Hedgeley Estate), Mr W J Short Snr and Mr W Short Jnr, Mr Ned Jack and his sister Barbara, a Mr Halford who was coachman at Hedgeley Hall and my father James Hall and his family.

Mr Robert Huggup was the farmer at Low Hedgeley. When he died Mr W Robson of Ingram and Reaveley took over the farm. Mr John Armstrong was farming Brandon White House. He fed beef cattle and was locally known as the Cattle King. When he moved to another farm during the First World War, Mr John Chisholm and his two sons, Robert and James, took over the White House, and today his grandson, John Chisholm is the farmer there. I can remember, when I was younger, Andrew Hall and a man named Carr living at Percy Cross, which was then two cottages, and later, Andrew Scott and George Blythe who was the postman for Wooperton, living there. The post office was in the railway station office and the Stationmaster was also the Postmaster.

This article is an abridged version of an account that appeared in an early copy of Records and Reflections, the journal of the Aln & Breamish Local History Society and first appeared in Cheviot Views: Issue 4 (Summer 2010).