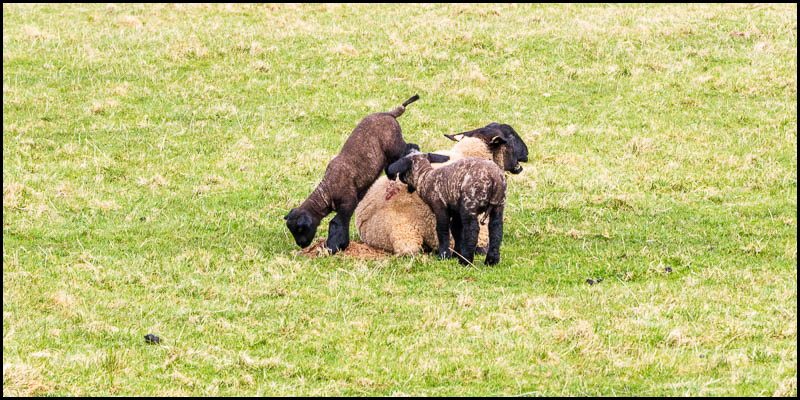 Liddle lamzy divey in the valley!

Having passed the first day of Spring, what signifies Spring in north Northumberland more than a liddle lamzy (sigh!) gambolling in a field with a flock of others?

The phrase ‘liddle lamzy divey’ comes from a novelty song written by Milton Drake in 1943. It was recorded in 1944 by the Merry Macs and became an instant hit. The song was based on a nursery rhyme and was titled ‘Mairzy Doats’.