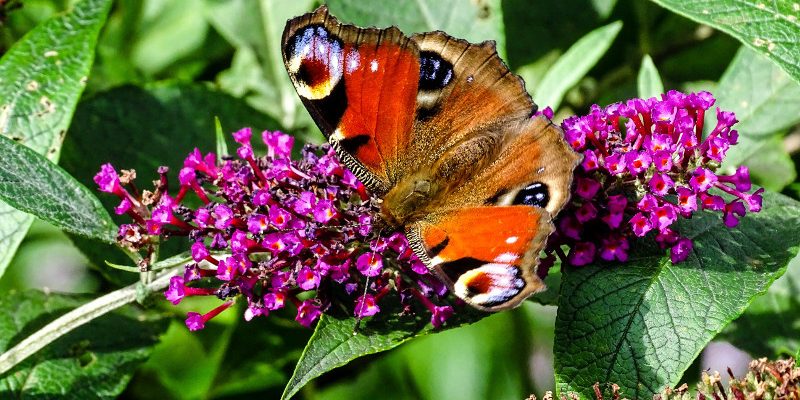 I’m glad I kept the buddleia (or ‘buddleja’ if you prefer) in my front garden in Powburn this year. When I bought it, it was sold to me as a ‘patio’ plant that wouldn’t grow above 1.5m. Well…that didn’t prove to be the case. It grew so tall and thick that I couldn’t even dig it out last Winter to replace it. I simply had to chop it to ground level and walk away. And, of course, it came back, didn’t it? Not quite so tall as before at the moment, though. Anyway, this meant that my ‘butterfly bush’ was ready to attract some late Summer butterflies (or are they really early Autumn butterflies? See Signs of Autumn).

Late Summer butterflies in my garden 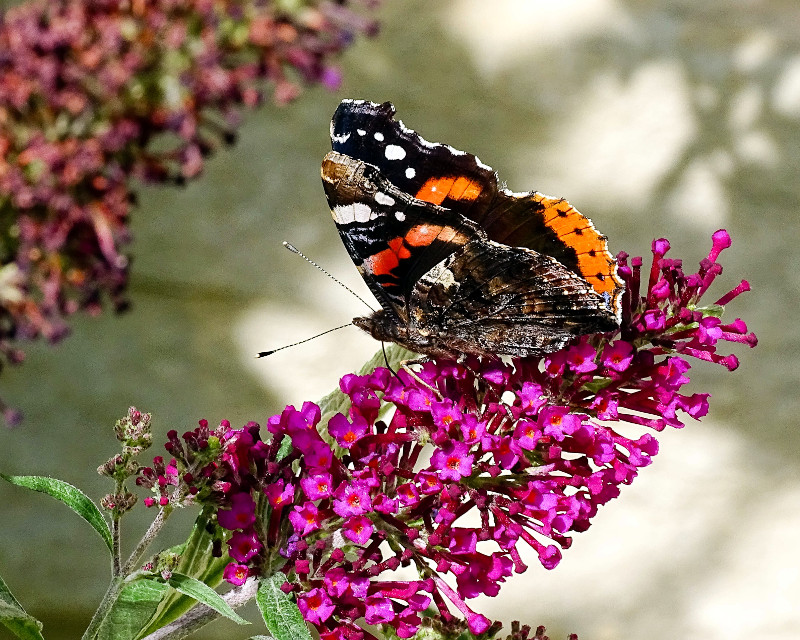 Red Admiral (Vanessa atalanta). A frequent visitor to gardens. It has jet-black upper wings marked with bands of red and white spots on the wing tips. You can see in the photo that the antennae have light and dark marks and a white tip. 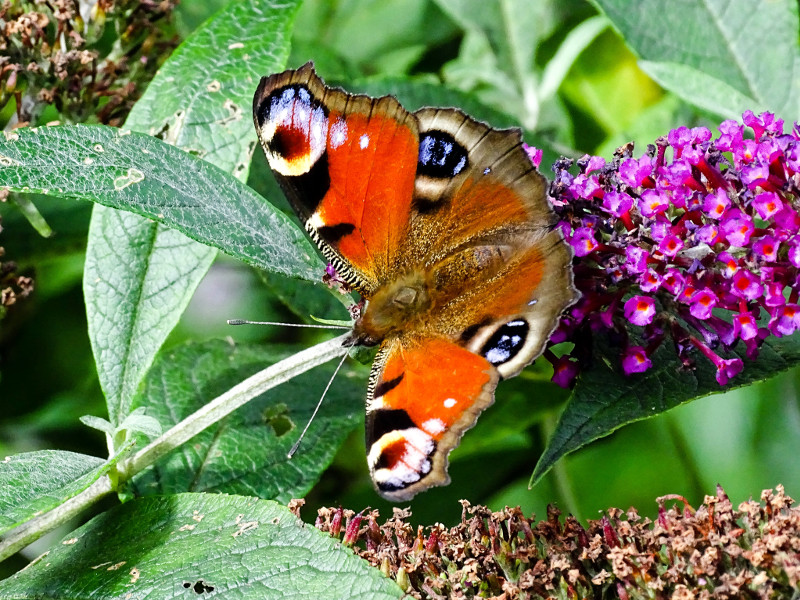 Peacock (Nymphalis io). Conspicuous eyespots and bright red, yellow and purple colours make this an unmistakable butterfly that is especially fond of buddleia. 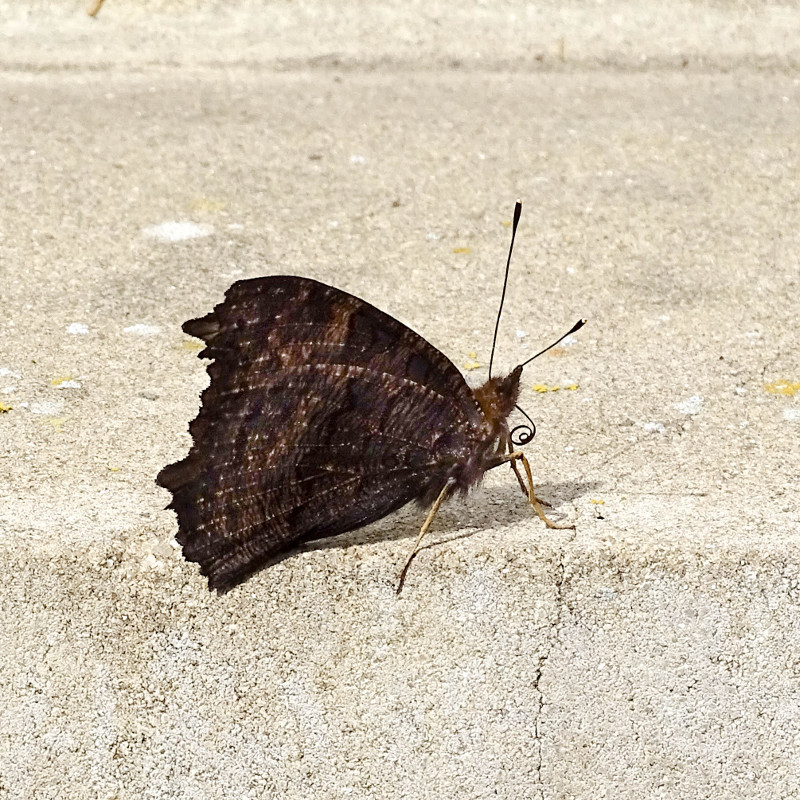 At rest with its wings closed, the dark colour of the undersides, together with the jagged wing margins, give the Peacock excellent camouflage making it look like a dead leaf or tree bark. When startled, Peacocks typically flick opn their wings to unexpectedly reveal the eyespots, thereby frightening off any potential predator. 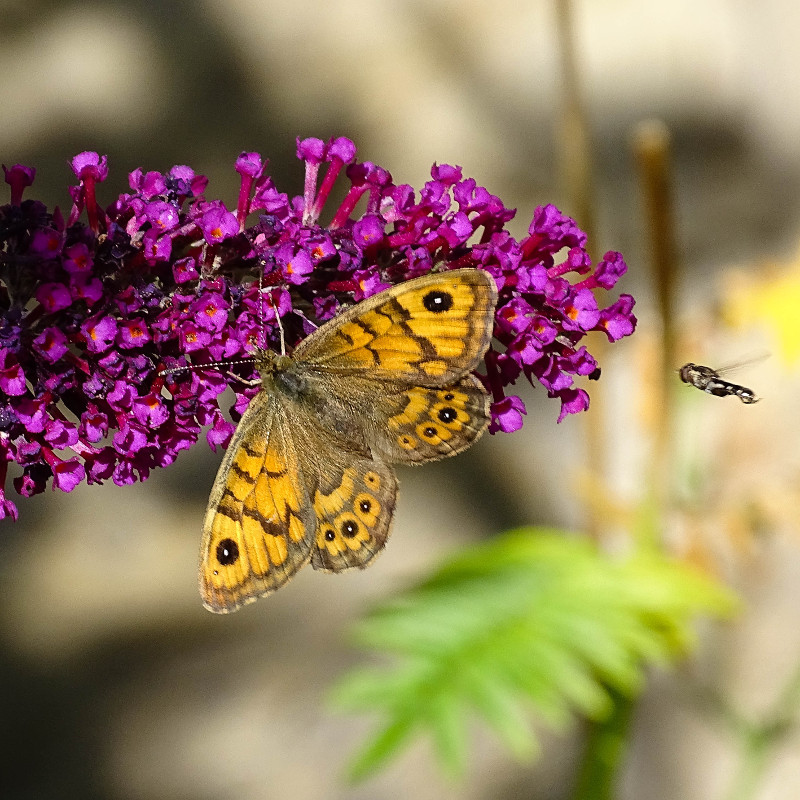 Wall Brown on buddleia (with hoverfly)

Wall Brown (Lasiommata megera) is a medium-sized butterfly with a pale orange ground colour on the upper side of both wings. This is covered by a network of brown markings and an obvious oblique band on each forewing. It has a large eyespot on the forewing and a row of four smaller eyespots on each hindwing. It is widespread and it’s typically seen flying between May-Sep.

And, as would be expected, these late Summer visitors were not confined to my buddleia. A short stroll along to Branton Lakes and the River Breamish at Branton revealed several more. Here’s just one fairly common butterfly. 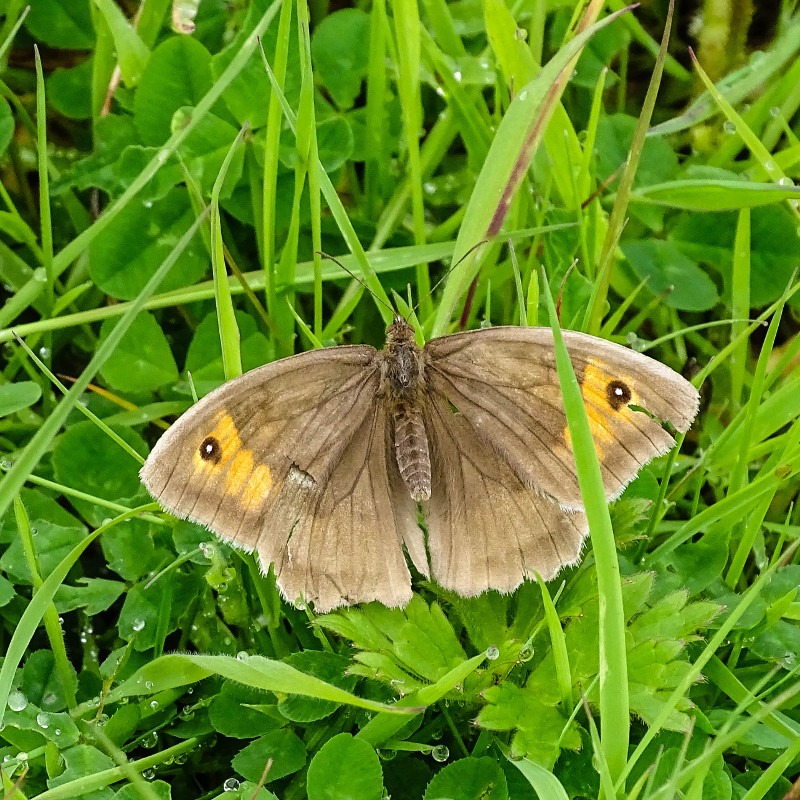 Meadow Brown (Maniola jurtina). A common and widespread butterfly throughout all parts of the British Isles. Males and females differ in appearance. Females are more colourful; the males have smaller orange colorations on the upper forewings. They are very variable: four subspecies are found in the British Isles. 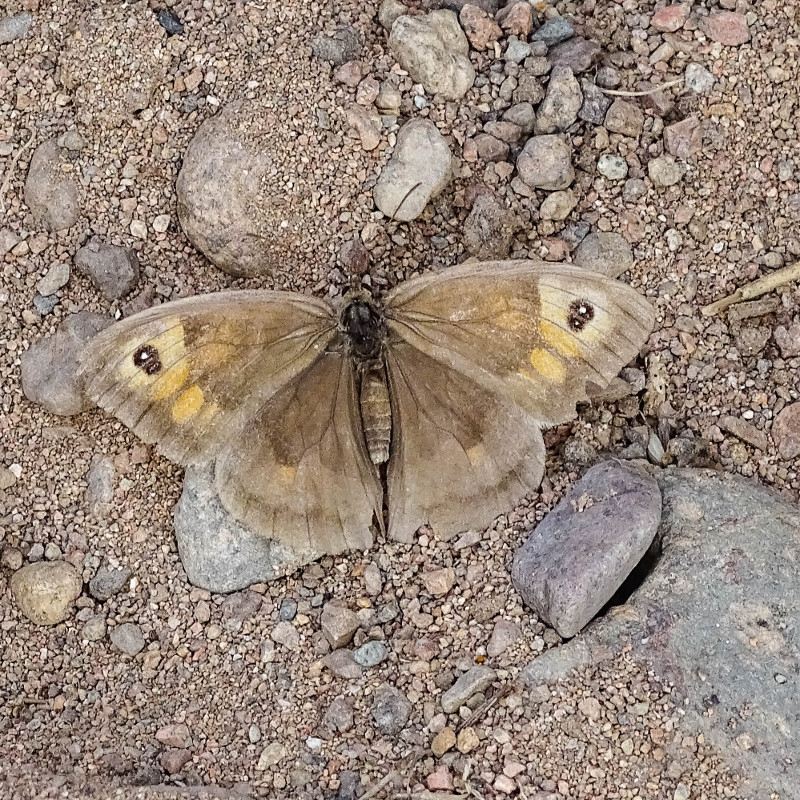 This specimen clearly has twin eyespots with white highlights on the forewings. Both upper wings appear to have the vestiges of a brown margin. I suspect this is another example of a (dishevelled) Meadow Brown. After all, they are highly variable and some specimens are known to have bi-pupilled eyespots. However, I just don’t know. Similar species include the Gatekeeper (which typically has eyespots with just one white pupil) and the Small Heath (which is typically smaller). Do you have any ideas?