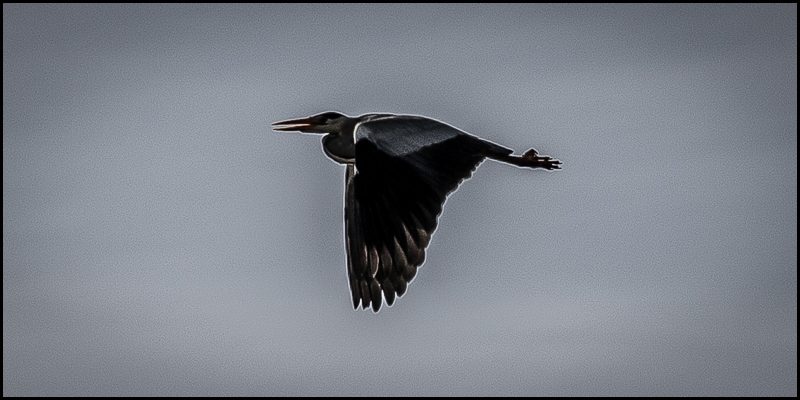 Herons above the River Breamish

Went out on my once-a-day exercise a bit later yesterday afternoon, as our home school video lesson for our granddaughters was scheduled for later in the day. The girls had to do a virtual egg hunt in the garden (using Google Duo on an iPad) and when they found an egg there was a sum on it. They had to work out the sum and an associated clue – which basically spelled out ‘Simon Says’ – and then we played that. So lucky to have all this helpful modern technology.

Anyway, back to the exercising. Took another cycle ride along the Breamish Valley and, having stopped for a breather, I was lucky enough to see a heron in flight over the River Breamish. I’ve got into the habit of carrying my camera around my neck when we cycle, so it was ready to hand to take a few quick shots of the beautiful creature flying overhead with graceful sweeps of its wings just before it disappeared over the horizon. A real treat!