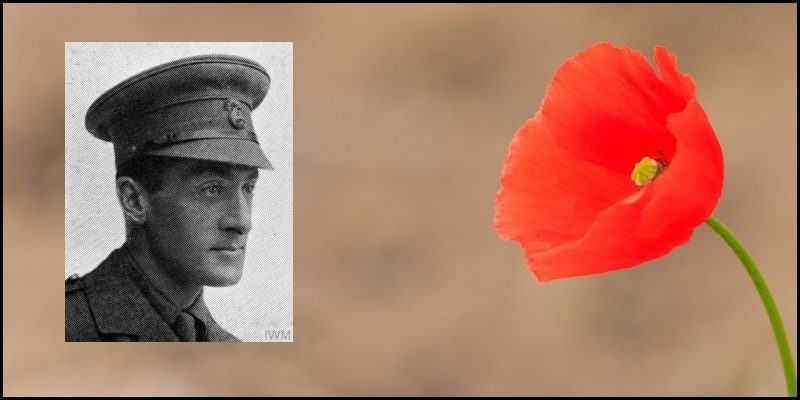 As we move into a New Year with all the hopes and opportunities that this may bring, it’s important not to forget a significant anniversary during 2018 – the First World War Centenary.

In October 2017, we focused on one of our young men from the Breamish Valley who lost his life during WWI: Captain Robert Collingwood Roddam. Robert was just 25 years when he was killed in action. In this current website post, we are focusing on another local man: Christopher Leather.

Christopher has a memorial plaque dedicated to his service at Ingram Church.

His published obituary read as follows.

LIEUTENANT CHRISTOPHER LEATHER, 3rd (attd. 1st) BATTN. NORTHUMBERLAND FUSILIERS, who was killed in action near Neuve Chapelle on the 26th October, 1914, aged thirty-two, was the youngest son of the late F.F. Leather, of Middleloi Hall (sic) [Middleton Hall], and of Mrs. Leather, “The Friary,” Tickhill, Yorkshire. He was the youngest of six soldier brothers. Mr. Leather was educated first at Mr. Bailey’s Preparatory School at Limpsfield, afterwards privately, and in November, 1899, he joined the 3rd (Militia) Battalion Durham Light Infantry, and proceeded to South Africa in January, 1900, where he served with distinction in the Mounted Infantry. In 1901 he received a commission in the Northumberland Fusiliers, with whom he remained until the conclusion of the campaign, receiving the Queen’s medal with three clasps and the King’s medal with two clasps.

Lieutenant Leather left the Army in 1904, but rejoined at the outbreak of hostilities in August, 1914, when he was appointed to the Reserve Battalion of his old regiment. For active service in the war he was attached to the 1st Battalion. His Commanding Officer wrote of him after he was killed: “A good officer and a cheery friend.”

He was an expert motorist, a keen amateur sailor, and a fisherman. He was unmarried. 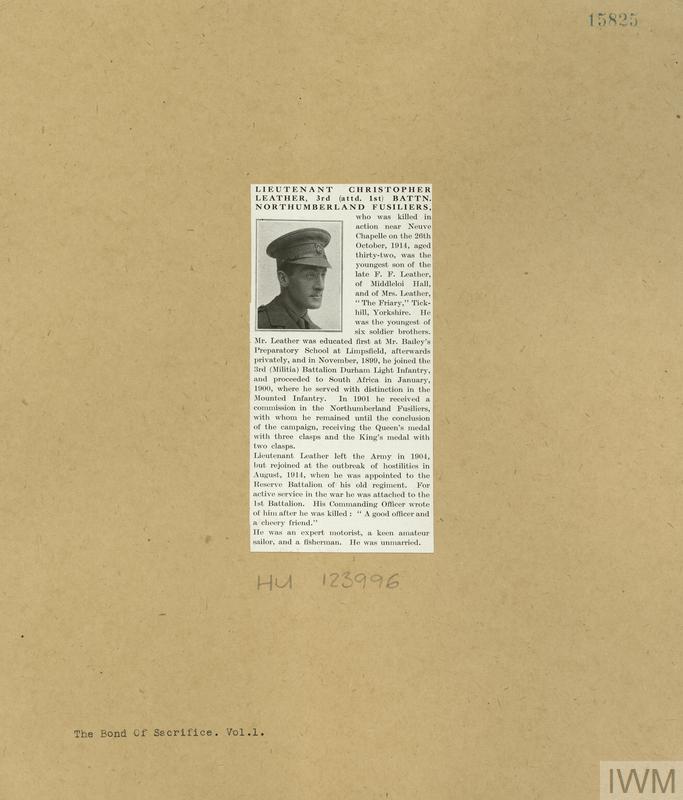