Everything Looks in Black and White 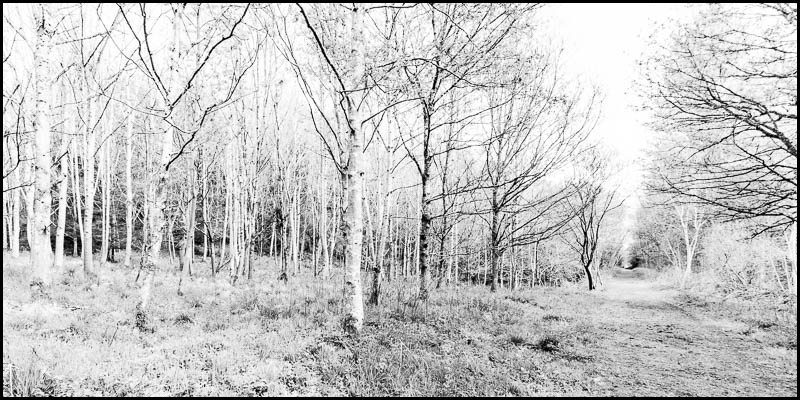 Worse in black and white?

I fell in love with the music of Paul Simon (formerly one half of the folk-rock duo ‘Simon and Garfunkel’) in 1974, when my sister gave me one of his albums: Paul Simon in Concert: Live Rhymin’. I then went out and bought the third of his studio albums: the 1973-released, There Goes Rhymin’ Simon. On this album there is a song entitled ‘Kodachrome’. This is named after Kodak’s 35mm format camera film. A main characteristic of this film was that it gave an unnatural colour saturation to the images; so, a photo taken on a dull, overcast day, would look as if it had been taken on a sunny day. Hence the following lines from the chorus:

Now, if you’re familiar with this song, you’ll probably know that in a later verse Simon writes the line:

“Everything looks worse in black and white”

Now, there’s very little that I’ve found in Simon’s poetic lyrics that I’ve outright disagreed with, but this is one of those occasions. Does everything actually look ‘worse’ in black and white or do things just look different? To be fair to Simon, the lyric is used at a point in the song when he’s looking back nostalgically to the girlfriends he once had (presumably photographed in black and white) and realising that to bring them all together “they’d never match my sweet imagination.” Thus, metaphorically, everything (in this case looking back at former happiness) would look “worse in black and white.”

But, for me, there is something temptingly different about black and white images that draws us in. Perhaps even more so nowadays, when anyone and everyone can – and seemingly does – take endless numbers of highly colourful images, often using nothing more than a mobile phone. Obviously, you can’t rely on colour to set mood or help define a theme, etc when using black and white. Instead, we’re often more drawn to features of composition, lighting, perspective and context. These are all properties that play a part in colour images too, but they appear to be more foregrounded in black and white images.

My black and white Dene

You can see (I hope) that in the following images, My Green Dene looks very different. You almost have to take another look. Perhaps you have to squint a little to get your bearings? Where is that, exactly? And ‘why’ is that, exactly?

Different in black and white

At the famous 1982 Concert in Central Park, when Simon teamed up again with Art Garfunkel, he sang the lyrics as:

“Everything looks better in black and white”

Similarly, at the 1991 Paul Simon’s Concert in the Park, he sang:

“Everything looks better in black and white”

A change of heart?

Is this the mellowing of an ageing rock star, rewriting his biography and outlook on life as he looks back to those halcyon days of his early career? Unfortunately, the true answer is probably much more mundane. In an interview with Daniel Levitin in 1997, Simon said, “I can’t remember which way I originally wrote it – ‘better’ or ‘worse’ – but I always change it…”

So, which is it? Better or worse?