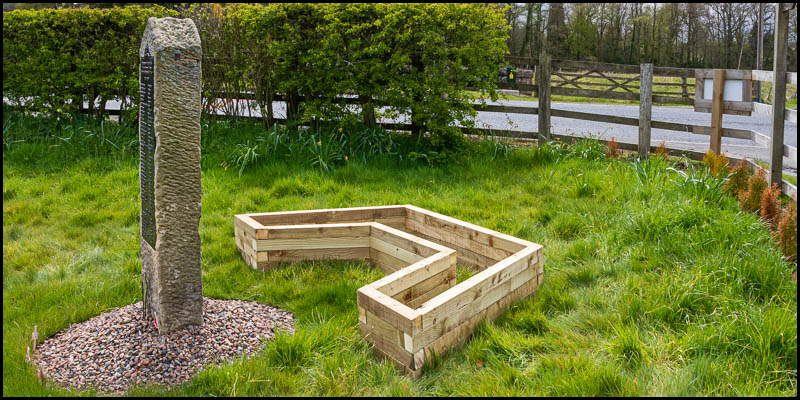 In addition to the new wall to protect the well in the Powburn Community Garden, further improvements are well underway.

The planter will be used as a backdrop to the war memorial:

Several Captain Sir Tom Roses are to be purchased and bedded in the planter. For every rose purchased, a donation of £2.50 will be made to the The Captain Tom Foundation. The roses will not be available until October, so there will be a short while before they can be enjoyed by visitors.

And yesterday (19 May 2021), Robbie Burn (Project Lead for the War Memorial) finished creosoting the planter to ensure that it will last for many years.

As well as creosoting the planter, Robbie has also treated the fence around the garden that was installed immediately prior to the War Memorial Dedication.