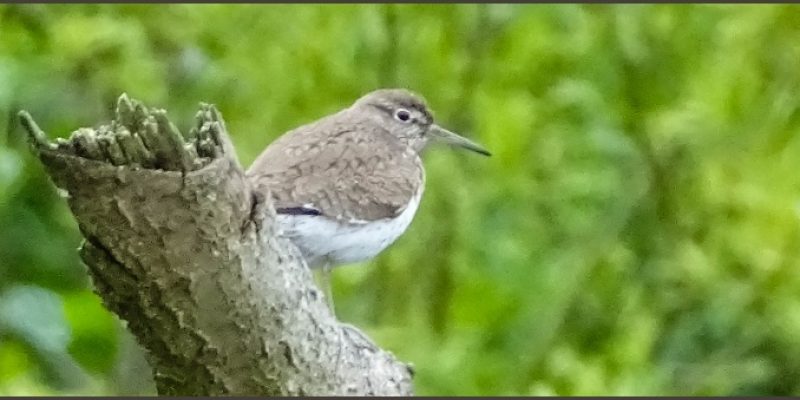 Common Sandpiper on the River Breamish

This wading bird is typically seen along fast flowing rivers and near to lakes during the summer breeding season. So it’s perhaps not surprising that we might see them here in the Breamish Valley along the River Breamish. 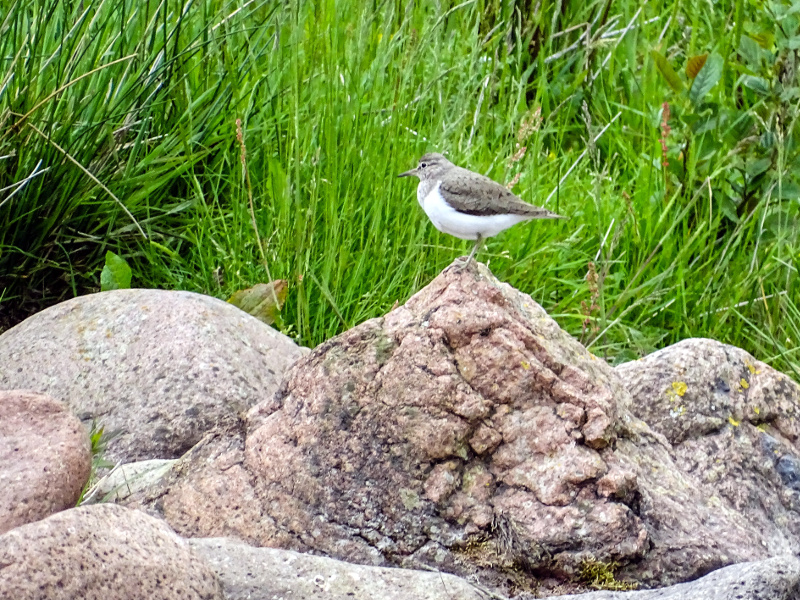 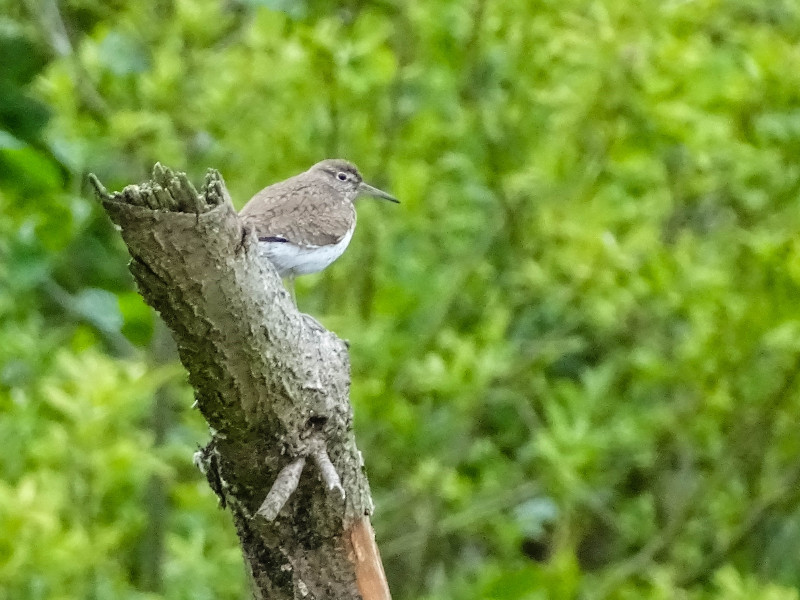 The Common Sandpiper is a relatively small wading bird. The adults are about 18-20 cm long (by comparison a Common Blackbird is about 23-29 cm long) and its wingspan is about 32-35 cm.

As can be seen from the images above, the adult summer plumage is grey-brown upper parts with white underparts. The bill has a pale base and dark tip. The colour reproduction of the images isn’t quite good enough to show the true colour of the legs and feet, which are generally described as being dark yellow. They eat small crustaceans and other invertebrates, such as worms.

Common Sandpipers are also readily identified by their habit of ‘teetering’, i.e. habitually bobbing up and down when standing or walking. They are also said to have a three-note call. However, I can’t honestly say that I heard the distinctive ‘swee-wee-wee’ call from either of the birds I saw. I’m assuming that these were two different birds: only because Common Sandpipers tend to feed alone and because of the distance between Bulby’s Wood and Reaveley.

Of course, I could be wrong about this. If you know differently, please let me know.