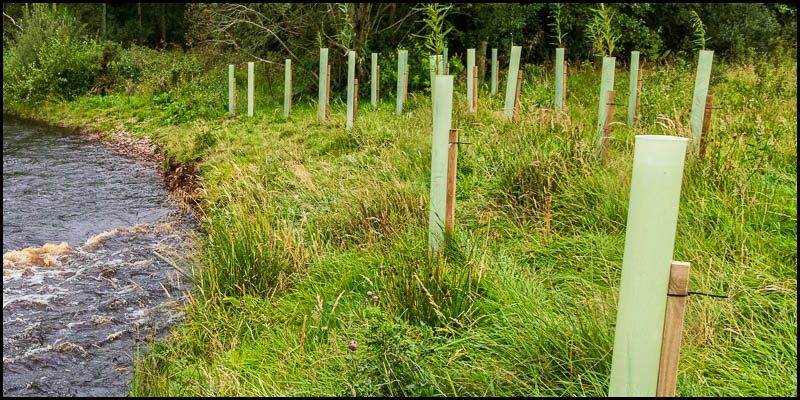 The River Breamish Riverbank Protection project began in August 2019 and anyone who’s kept abreast of developments will likely know that one of the final stages of the project was to lay some coir matting at Site 1 (what I’ve referred to as the ‘whirlpool’ previously). This can be seen in some nice aerial shots taken by Tweed Forum.

Here’s what it looked like in March this year, just before the ‘lockdown’:

And, taken just yesterday (26 August 2020), about a year after the project began, here’s what the site looks like now:

And the riverbank stabilisation appears to be doing its job, as can be seen from the below image (again taken yesterday, after some heavy rain in the valley).

There are still a few small areas where the coir is yet to be fully covered but these appear to be right up against the river where, presumably, there’s ongoing rising and falling of water levels that hinder plants getting established rapidly.