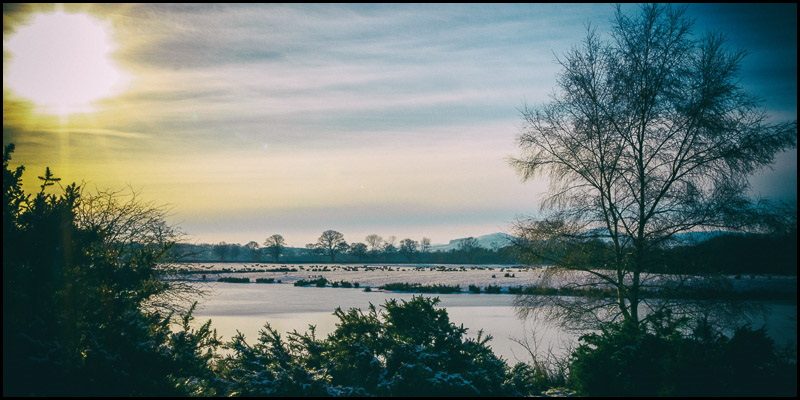 Catch the sun in winter

As is commonly understood, the sun is low in the sky for us here in the northern hemisphere during the winter months. We have shorter days and a ‘weak’ sun that never gets high above our heads. This creates long shadows and, depending on the atmospheric conditions, anything from a mellow golden light towards the evenings and blue hues throughout the day. Add snow to the mix and, as the sunlight reflects off the snow, this creates other interesting visual effects.

As the sun is so low in the sky, it’s easier to include it in landscape photographs. But first a warning:

NEVER look directly at the sun!

Seriously, never look directly at the sun – not even through your camera’s viewfinder – it can do irreparable damage to your eyes.

The photographs on this page were obtained by shutting the camera aperture down to its lowest setting (around f/29) and using a filter. I then only viewed the images by using the LCD display on the back of the camera. The combination of the white snow and the filter has created a rather blue colour cast on the images but I haven’t removed it, as I thought it gave the images a somewhat ethereal, other-worldly feel.

The visible sun rays were not added later, they are created naturally when the shutter is so small that the incoming light is diffracted. (Usually you want to avoid this effect in landscape photography but, when shooting the sun, it’s a useful, artistic effect.)