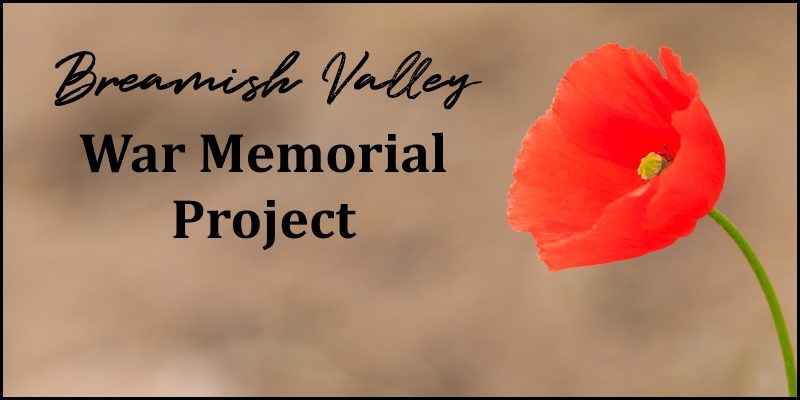 The Breamish Valley War Memorial Project (BVWMP) was initiated in early 2017. The stimulus for the project was the recognition that, at the time, there was no known local public memorial to the war dead of the Breamish Valley. In response to this, and in the context of the First World War Centenary (Nov 2018), local resident Robbie Burn convened a small steering group that aimed to:

There were two main phases to the project:

The identification of fallen service personnel and the creation and publication of an online Roll of Honour.

The construction and siting of a physical war memorial within the local community.

The Breamish Valley incorporates the following hamlets and villages:

The steering group recognised that, even today, the issue of commemorating our war dead is an emotive one.

We have, in good faith, attempted to identify all the individuals from the Breamish Valley who lost their lives and to construct as complete a list as possible.

Robbie Burn, with assistance from interested parties, undertook extensive research to identify 39 service personnel (as at 9 October 2018) who had lost their lives in either of the two world wars.

The steering group acknowledges that there may be omissions from the list of fallen individuals and, therefore, it has made provision for names to be added. The inclusion criteria, and the procedure for requesting a name to be added to the Roll of Honour and War Memorial, are set out in the following document:

The Roll of Honour was first published in September 2017.

The War Memorial was installed in the Powburn Community Garden on 25 September 2018.

The War Memorial was dedicated on 27 October 2018.