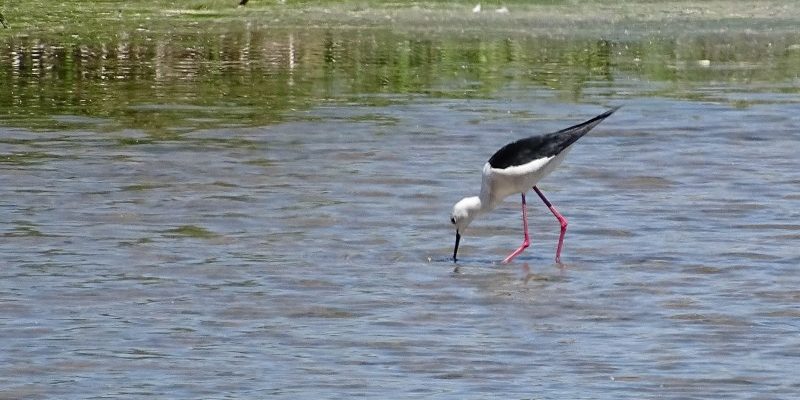 What do Catalonia and Northumberland have in common?

And, you may think, that’s about it. In May, Catalonia gets about 9 hours sunshine each day with temperatures between 20-25 oC and Northumberland…doesn’t! Yes, it’s hotter and drier in Catalonia but Northumberland is greener…and colder. And these differences mean that we can enjoy different bird species in the different geographical areas. For example, Greylag geese which are so common in the Breamish Valley are relatively rare in Catalonia. And when did you ever see a Hoopoe in Northumberland?

It was precisely because of these differences that Margaret and I recently took a trip with Barcelona Birding Point to try and see some of the birds we’d never expect to see here in the beautiful Breamish Valley.

Catalonia (Catalunya in Catalan, Cataluña in Spanish) covers an area of around 32,144 km2 and has a population of approximately 7.6 million people. The largest city is Barcelona and from here a two hour drive north-west in the direction of Balaguer brings you to the Lleida Steppes.

The Lleida Steppes consist of drylands that are currently being extensively irrigated. This means that the ecosystem is changing. However, it remains an important habitat for numerous bird species, including Little Bustard, Golden Eagle, Montagu’s Harrier, European Roller, Black-winged Stilt and many more.

Now, whilst no one can ever guarantee that you’d be able to spot any particular species, we were not disappointed by what we saw.

Within minutes of arriving at our first stop in the Steppes, our extremely knowledgeable guide Carles Oliver, showed us the very first European Bee-eater I’ve ever seen. There they were, about four pairs, flying across the dusty road in front of us – their nesting holes obvious in the sandy banks along the roadway. 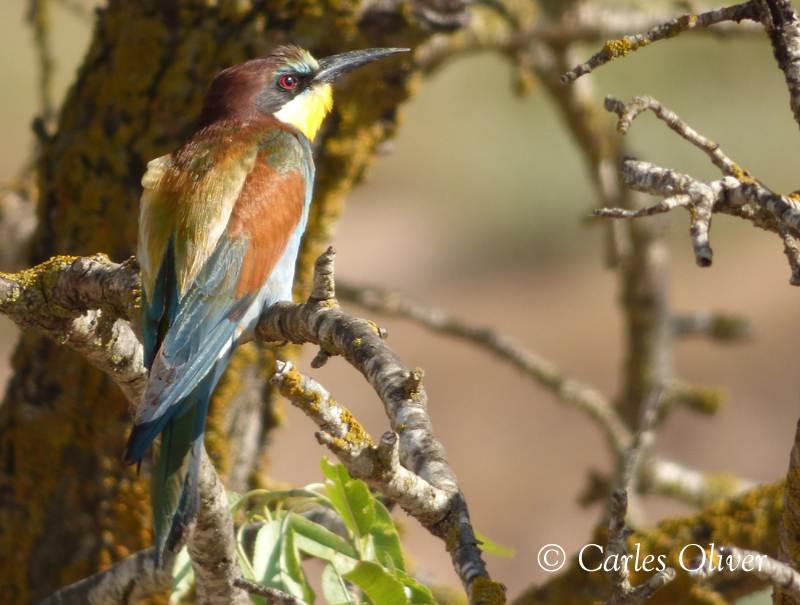 And the successes of Barcelona Birding just kept coming

Next we saw what again was a first for us – a Great Spotted Cuckoo – closely followed by a Thekla Lark and a Hoopoe. 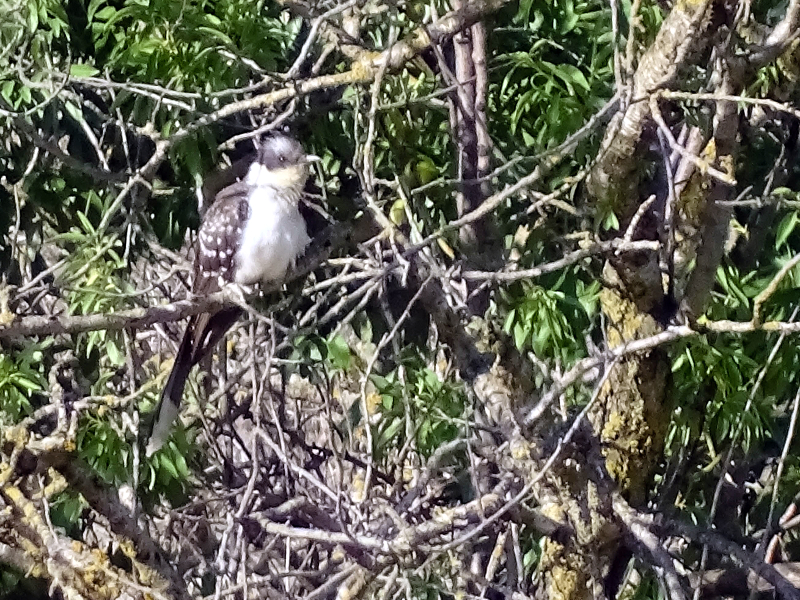 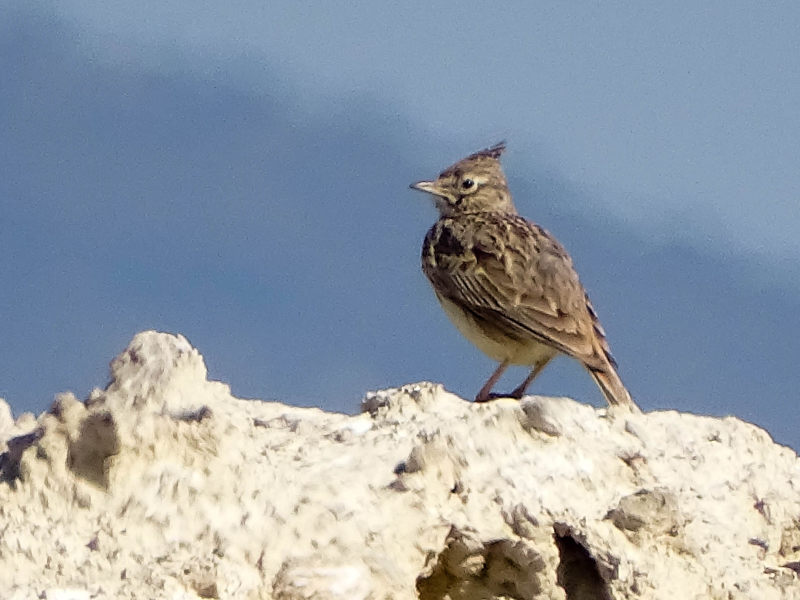 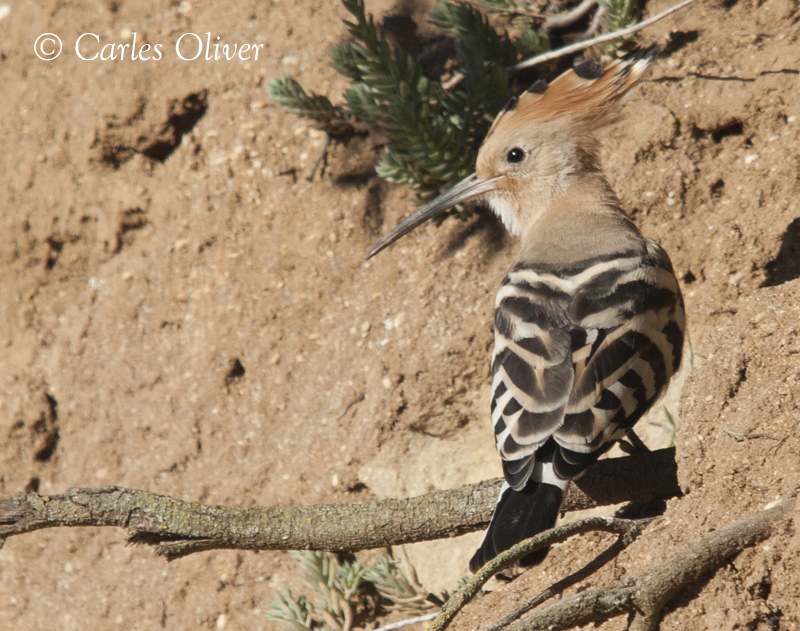 This beautiful spot, nestled close to the Pyrenees, is a wonderful place for spotting raptors. 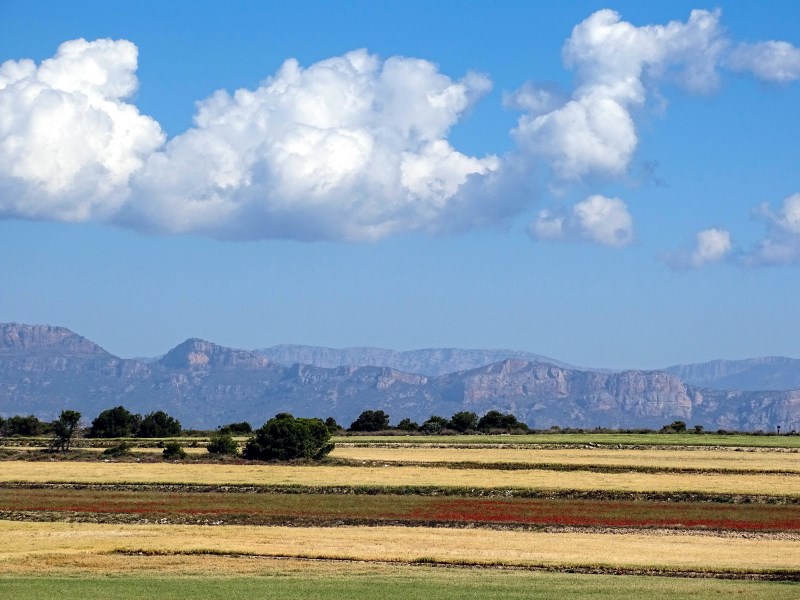 Lleida Steppes with Pyrenees in distance

In total, over the course of our one-day visit, we saw 10 raptors, including Montagu’s Harrier, Red Kite, Black Kite and…Golden Eagle! 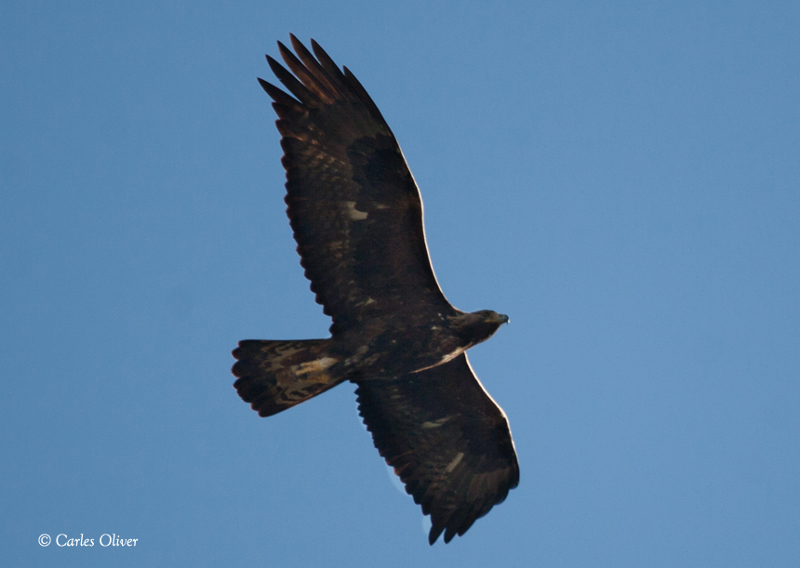 The area is also home to a major population of Little Bustard, one of which we spotted calling in open terrain. 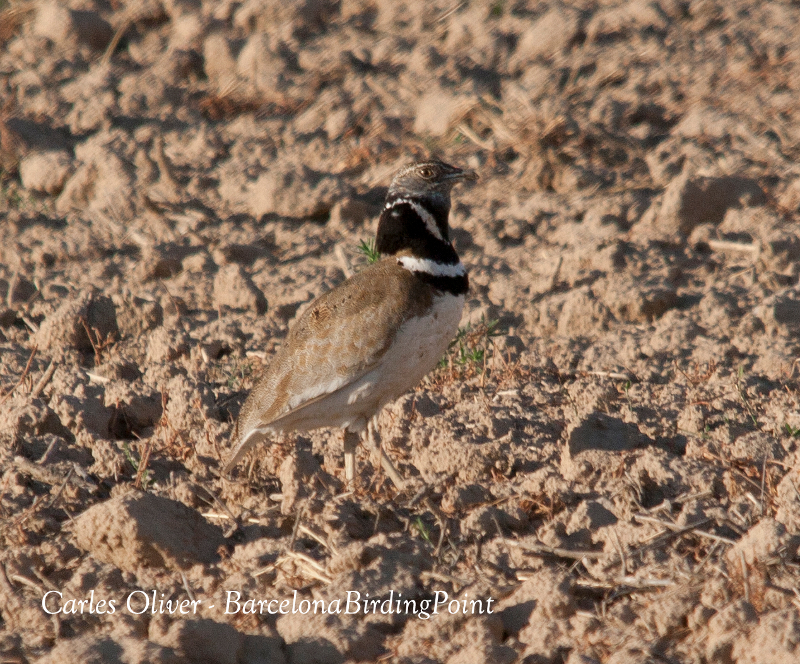 Relatively close to the Steppes on the return journey to Barcelona, Carles took us nearby to Ivars d’Urgell to visit Ivars Vila-Sana Pool – a managed lake with reed beds and wetland zones that is now one of the most important wetland areas for bird watching in Catalonia.

The pool (think Branton Lakes but on a larger scale) dried up in 1951 but was reclaimed in 2005 when the area was flooded. 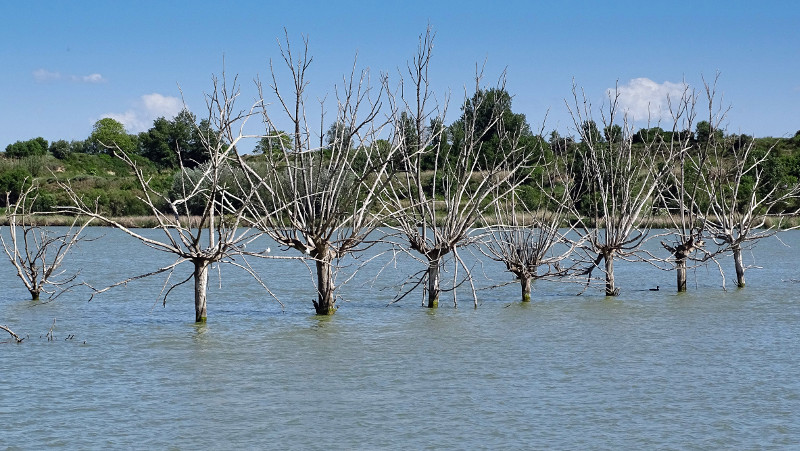 Again, owing to Carles’ knowledge of the area and his active monitoring of nesting sites, we were quickly able to spot several species that I certainly had never had the privilege of seeing previously. These included Western Penduline Tit and a Whiskered Tern. 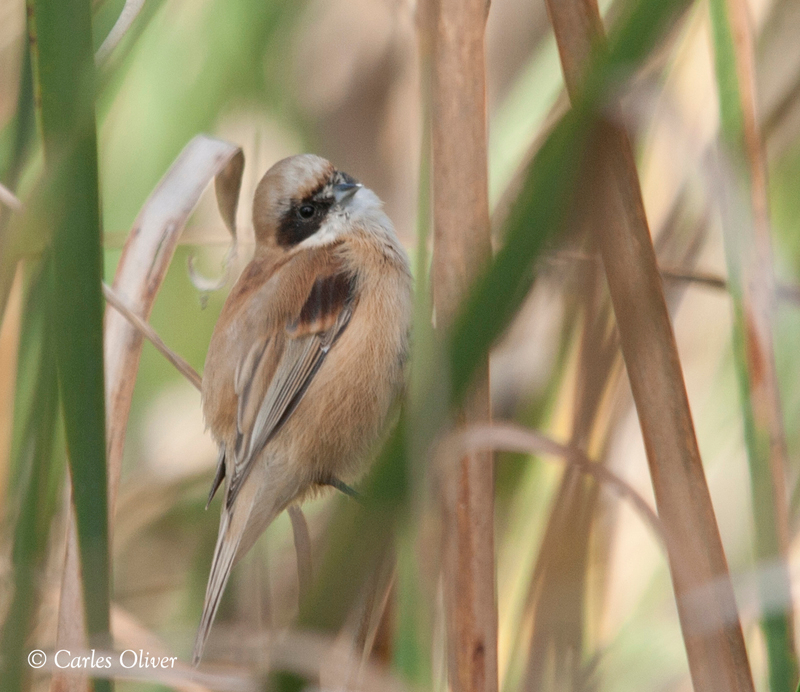 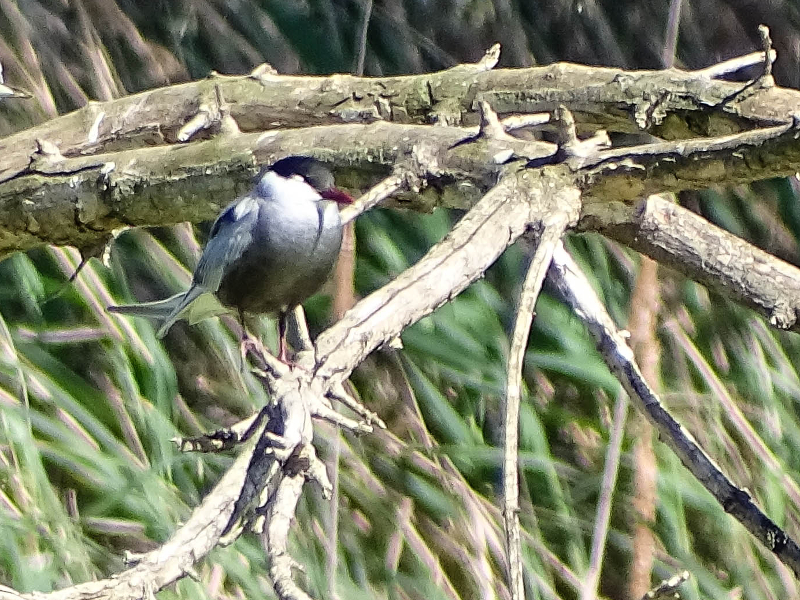 We also got to reacquaint ourselves with two birds that we first saw in the Parc du Marquenterre in the Somme, France in 2014: a Black-winged Stilt and White Stork. 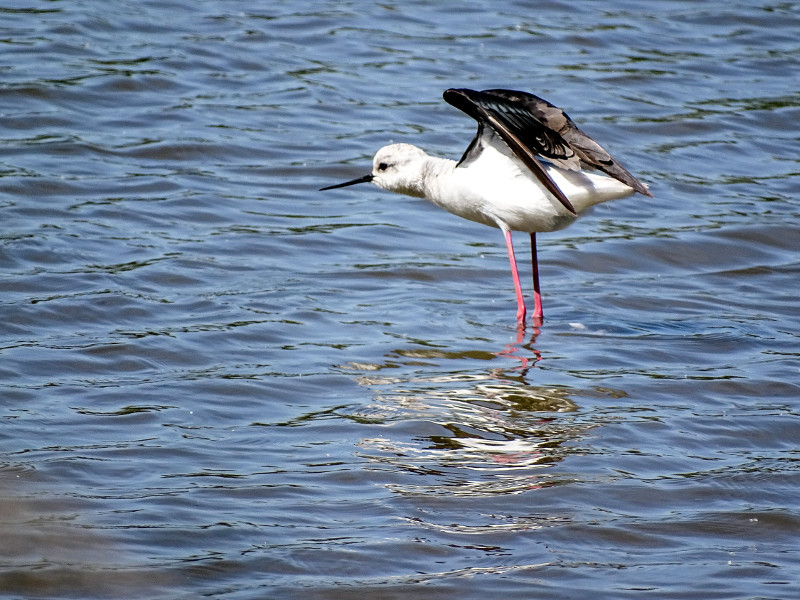 On our one-day trip on 6 May 2015 to the Steppes and the wetlands we saw 49 different species:

We had a wonderful day of bird spotting. Carles was an excellent guide whose knowledge of the local habitats and bird behaviour meant that we got to see birds that we certainly would not have seen if we’d tried to go it alone. Carles constantly helped us to contextualise what we were seeing, informing us about migratory routes, times of breeding seasons, and so on. I can highly recommend his services. Next time we’re in Barcelona we’ll certainly be taking another tour with BBP Tours.